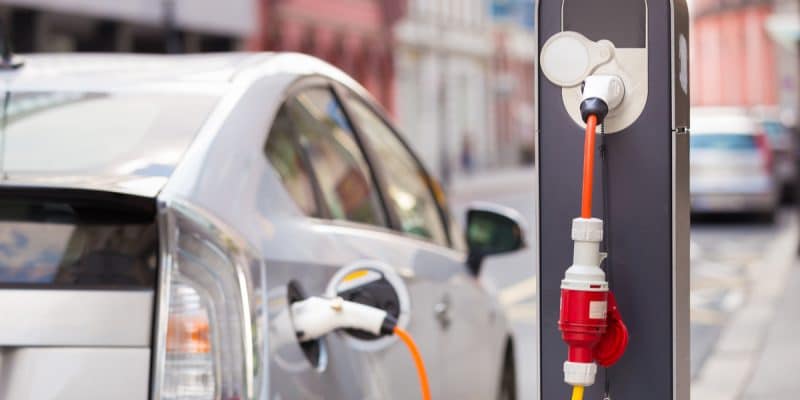 The German car manufacturer Volkswagen has just put four electric cars into service in the Rwandan capital. It marks the beginning of a test to assess the commitment of Rwandans to vehicles that do not emit greenhouse gases.

Four “e-Golf” taxis criss-cross the streets of Kigali. These are the first electric cars on Rwandan soil, the result of a partnership between the car manufacturer Volkswagen, which manufactures these cars, and the electro technician Siemens, which is in charge of installing the charging stations.

Presented on the 29th of October 2019 by the two German partners, these vehicles are imported from Germany. They can travel 230 kilometres after 45 minutes of charging. They are considered by Thomas Schäfer, Volkswagen’s CEO in South Africa, as a gradual transition from hydrocarbon use to electricity in Rwanda.

These vehicles are being launched as part of a pilot project called the “Moving Rwanda Initiative”. It provides for the collection and analysis of data on aspects such as the performance of electric cars, consumer acceptance, consumption trends and appropriate traffic conditions, maintenance and above all charging for cars. In order to improve the reliability of the data collected during the pilot phase, an increase in the operational capacity is planned in the coming months. The number of cars will increase from 4 to about 50, while the number of charging stations across the city will increase from 1 to 15.

The Rwandan Prime Minister underscored the coherence between the “Moving Rwanda Initiative” pilot project and his country’s ecological vision. “In our national development strategy, Rwanda gives priority to the development of a low-carbon, climate-resilient economy,” said Édouard Ngirente, adding that “Rwandans are increasingly aware that environmental protection is an absolute priority. We are convinced that the development of environmentally friendly transport services will accelerate the reduction of air pollution levels”.

If the “Moving Rwanda Initiative” project proves successful, it would constitute a double economic and environmental benefit, in a country where fuel imports are the most important import product according to the government. In 2018, hydrocarbons alone accounted for 12% of all imported products.

Volkswagen and its partner are not planning to stop there. The two German companies intend to test their model in the rest of Africa by pursuing their strategy in Ghana. The objective is to achieve a global transition to environmentally friendly transport on the continent.