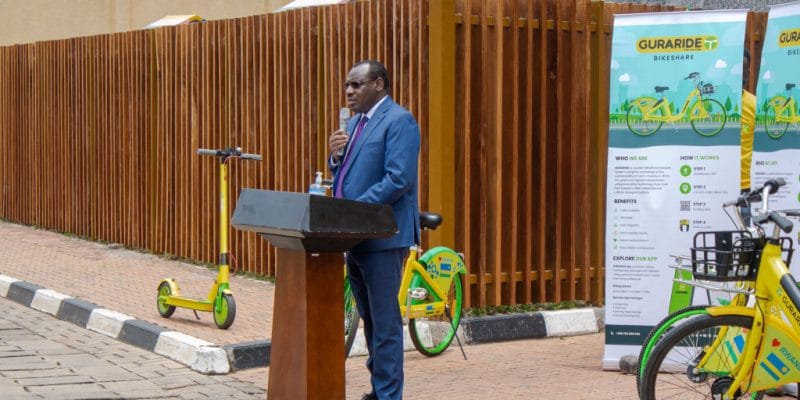 The company GuraRide is launching the first self-service electric bicycle service in the city of Kigali in Rwanda. The company's aim is to promote non-motorised transport as an environmentally friendly means of travel.

Kigali will soon have electric bicycles that will circulate throughout the capital of Rwanda. This is a public transport initiative of self-service electric mobility bicycles. The service will be called GuraRide and the eponymous company, Guraride, is behind the project. According to the company, changing the way transport is perceived in Africa, starting with Rwanda is crucial, as it would make micro-mobility accessible to all. The commune of Kigali has decided to give the green light for the launch of this project. The application that manages access to the bicycles will be synchronised with the digital payment platforms available in the area so that a bicycle can be ordered directly. The user is then free to choose between the two available models “Smart Bikes” and “Electric Bikes”. The machines will have stations in several areas of the city, including Gisimenti, the city centre, Kimironko and eventually throughout the city. Each of the stations has a minimum of five coloured bicycles, in yellow and blue.

According to the information made public by Guraride, there are several options available: a single trip, daily tickets, a monthly plan or an annual subscription. The partnership with the city of Kigali will allow Guraride to deploy bicycles across the city to make travelling from one point to another more convenient and affordable for residents.

They will be free to use for the first three months as the company conducts road tests. After the trial period, a fee will be charged per trip. This will be the first phase of the bike share roll-out and the network will be extended to other parts of the city where possible.

During the trial phase, there will be awareness-raising programmes for the general public on the importance and benefits of cycling for health, environmental protection and sustainable cities. The project will be gradually extended to cover the whole country and the Rwandan company’s plan is to quickly expand to other satellite towns such as Musanze, Rubavu, Bugesera and Huye.