Homepage » RWANDA: €28m for the restoration of degraded forests in Amayaga

RWANDA: €28m for the restoration of degraded forests in Amayaga 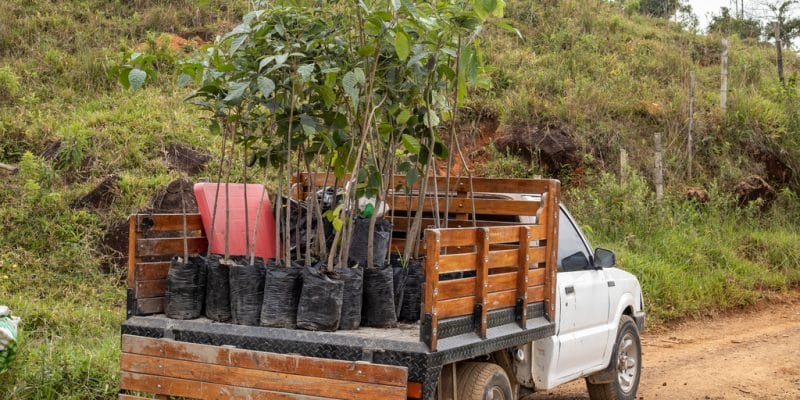 The government of Rwanda has just made new commitments to fight climate change. On 23 October 2020, it launched a project to restore degraded forests in the Amayaga region of the South Province. Dubbed “Green Amayaga”, the initiative, worth nearly 28 million euros (31.9 billion Rwandan francs), aims, among other things, to plant thousands of trees over the next six years.

It is an initiative that should restore the forests of Amayaga to their former green colors. The project, called “Green Amayaga”, was recently launched by the government of Rwanda. It aims to restore degraded forests (natural and planted) in the Amayaga region of the Southern Province of Rwanda over the next six years. The “Green Amayaga” project is also expected to help Rwanda avoid 4.7 million tons of greenhouse gas emissions over the next five years. A projection that could reach 13 million tons in the next 20 years, according to the Rwandan government.

To meet this double challenge, the Rwandan Environmental Management Authority (REMA) will plant thousands of trees in Amayaga to promote biodiversity, foster ecosystem services, increase agricultural productivity and thus reduce the vulnerability of at least 1.3 million people in four districts (Gisagara, Nyanza, Kamonyi and Ruhango) and ecosystems to the adverse effects of climate change. REMA plans to plant at least 1.4 million trees during the next forest season. The public company will work in partnership with the Rwanda Forest Authority (RFA) and the districts of Kamonyi, Ruhango, Nyanza and Gisagara.

The Rwandan government has also set itself the goal of restoring nearly 280,000 hectares of agricultural and agroforestry land in order to increase productivity in the region. The challenge is to reduce the impact of drought in the region. Small and large watersheds will also be rehabilitated. This should improve water supply in Amayaga.

A project supported by the GEF and UNDP

Also under the “Green Amayaga” project, nearly 150,000 green jobs will be created and some 67,500 households will receive modern cookers and livestock to improve food security and increase incomes. The full implementation of the Amayaga forest restoration project will require an investment of around €28 million (31.9 billion Rwandan francs). The Rwandan Ministry of Environment will allocate 77% of the funding. The remaining 23% will come from the Global Environment Facility (GEF) and the United Nations Development Programme (UNDP) under grant agreements.

The restoration of the Amayaga forests is part of the nearly €9.31 billion climate action plan recently unveiled by the Rwandan government to improve forest cover in the East African country. According to the Rwanda Water And Forestry Authority (RWFA), Rwanda’s current forest cover is 704,997 hectares (29.8%), of which 17.9% are forest plantations and 11.9% are natural forests.