Homepage » Ronan Dantec: « The fight against climate change will take place at the local level »

Ronan Dantec: “The fight against climate change will take place at the local level” 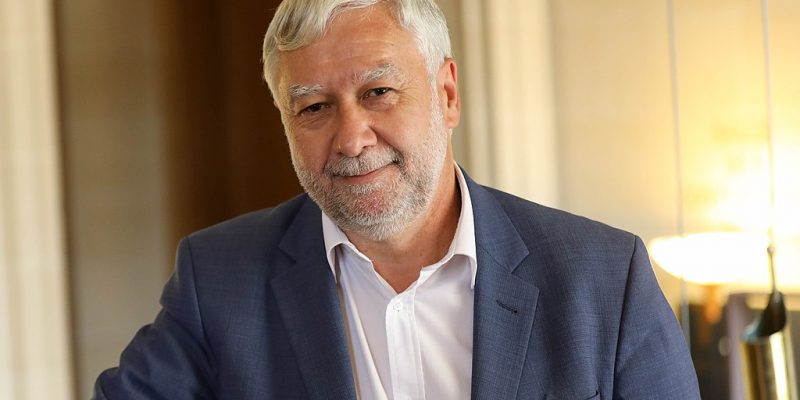 Ronan Dantec, president of the association Climate Chance, deciphers for the readers of Afrik 21 the stakes of the fight against climate change in Africa. In the run-up to the 26th United Nations Conference of the Parties on Climate Change (COP26), which will be held in the United Kingdom from November 1 to 12, 2021, he points out the major issues of access to financing for local authorities, training of technicians, data collection and the adequacy of adaptation programs to the challenges on the ground.

Afrik 21: You have organized a summit to prepare non-state actors for the COP26 in Glasgow, are they ready?

Ronan Dantec: It was not simply a matter of organizing a summit to prepare them for COP26. The objective of the annual Climate Chance Africa Summit, which took place from 15 to 17 September 2021 on line, is broader. It is about networking all African non-state actors so that they can get to know each other and exchange on their practices, as well as on new projects. The goal is also to discuss the messages they will bring to the COP26 on climate change, especially regarding the difficulties they face in implementing projects.

That is, can’t these non-state actors themselves participate in the COP? Are they not grouped around an organization that represents them directly?

During the Climate Chance Africa 2021 summit, it was clearly understood that the fight against climate change on the continent takes place at the local level. So what is the place of local authorities and other non-governmental organizations in decision-making on climate or adaptation programs?

Obviously, it is still quite weak. In Africa, as elsewhere in the world, it is the States that make decisions and as the climate spokesperson for local authorities for almost fifteen years, we have fought for their role to be better recognized.

However, there has been significant progress. During the first interventions we were able to make, for example in Copenhagen in 2009, there was very little mention of non-state actors. Conversely, at the time of the Paris Agreement, six years later, the texts make numerous references to non-state agreements. Nevertheless, there is what can be called the failure of the Talanoa dialogue, led by the Fiji Islands, whose challenge was to really obtain a place for institutional dialogue between States and non-state actors. The Talanoa dialogue was a dead end, so we cannot really say that we have made much progress since then.

When we talk about adaptation to climate change in Africa, in the Sahel for example, we see more action by NGOs. How are they involved in the decision-making process?

First of all, it is a negotiation under the aegis of the United Nations (UN), between States. Afterwards, it is often up to the States themselves to organize the dialogue with their own non-state organizations. And, what we can see is that there is real progress in taking this into account.

If we take the example of the Sahel region, it is clear that international donors have understood that they must now rely on NGOs. There is now quite a lot of funding for NGOs for the often remarkable actions they carry out in the field. Unfortunately, they are not represented as such at the negotiating table. This remains a weakness of these major negotiations because UN multilateralism by definition remains a negotiation between States.

In several workshops at the third Climate Chance summit, we saw that the messages passed on, including by certain financial backers, were to have an approach that is increasingly holistic and systemic. That is to say, an approach where we reason with all the actors and involve them all. This is a discourse that was notably carried by the representative of the UNCCD (the United Nations Convention to Combat Desertification), since you mentioned the Sahel. The French Development Agency (AFD) also spoke about it for mobility, saying: we will no longer think in terms of large projects, but focus on initiatives that bring together all the actors, including all the dimensions of the subject at the same time. If we take up mobility, which is an important theme of Climate Chance, we will no longer think in terms of infrastructure (a freeway or a railroad), but in terms of mobility. Why do people move? What are their needs? And it is true that in Africa, donors such as the World Bank have often financed infrastructure first, before considering the question of coordination and federation of all the actors in the field.

So, with regard to climate financing, it is said that the funds intended for Africa do not always reach the communities?

It is indeed an important subject on which we insist a lot, with many different aspects.

The first aspect is that international donors always prefer large projects because, in terms of management costs, it is easier to disburse several hundred million euros at a time than to manage small amounts. This does not correspond at all to the needs on the ground.

As a result, mechanisms with intermediate structures are being set up. The Green Climate Fund (GCF), for example, works a lot with authorized structures, which are in turn able to redistribute the money for smaller projects. This is a fairly obvious development, but there is still room for progress so that international donors and large development banks grant smaller and better adapted amounts.

The second very important point is the lack of sufficient guarantees offered by the large African communities for loans to be granted directly to them, which is not allowed by law everywhere in Africa. So, when it is possible, we must already do a lot of work upstream on risk coverage to enable them to borrow. This is a crucial issue. The Global Fund for Cities Development (GFCD) is working on this. And we are also working on pooling certain projects. When local authorities do not have sufficient means to successfully set up a project on their own, decentralized cooperation could play a very important role between cities in the North and cities in the South. So this question of guarantees for access to loans and project development is important.

The third issue is the medium-sized cities. There are many of them and these are the cities that are developing with very few resources, even though they are very easy to develop, while the megacities are growing without really having the capacity to plan this development. We are convinced, particularly on the issue of energy systems, that medium-sized cities must be a priority for international finance, including for everything related to climate action.

Are you going to speak out on decentralization?

I believe that it is first and foremost up to African actors to be the spokespersons for Africa, and we are providing them with networking tools so that the collective voice is stronger.

I think that an initiative like the Pact of Sub-Saharan Mayors, supported by the European Union (EU), is a valuable initiative that greatly increases the visibility of African cities on climate issues, with cities that will be showcases of this change tomorrow, including Dakar. I really think that the issue of decentralization in Africa is one of the major challenges of the coming decades. And if we want African territories to be able to face climate change in terms of adaptation. But also to participate tomorrow in the stabilization of greenhouse gas emissions. And this is a challenge because the middle classes of Lagos, for example, already emit more CO2 per capita than the middle classes of some European cities that have changed their energy systems.

Beyond the question of financing and decentralization, what other actions should be taken in Africa to win the fight against climate change? Because, if the continent contributes the least to global warming, it is the one that suffers the most in the end.

There are other aspects that have been highlighted during this Climate Chance summit. There are major gaps in the training of technicians for the energy transition. For example, if we want to develop off-grid systems that provide more appropriate responses to local electrification situations, we need equipment that we know how to install and repair, and this is a major training issue that is absolutely central.

A second point on which we placed a lot of emphasis was the question of data. Today, there is a terrible lack of data on CO2 emissions in Africa, the impact of projects in terms of reducing these emissions, but also the vulnerabilities of the territories concerning adaptation, the risks of flooding, the expected changes in terms of weather, etc. The question of data is absolutely central. The question of data is absolutely central. It is a point on which we are working a lot. The workshop organized on this subject was very successful. Now we need to find ways to organize the response to these needs. Since our summit in Abidjan, Ivory Coast, three years ago, we are really trying to participate in the creation of a significant data collection.

Finally, the last point, which is somewhat new in terms of priorities: we can see that at the international level, there is a rapprochement between the various conventions that came out of Rio in 1992 (climate convention, biodiversity convention, desertification convention). Tomorrow, we will have very important financial flows from carbon offsetting. So how will this money arrive on the ground? How will we measure the CO2 impact of reforestation in Guinea, for example, where the forest cover is much degraded? How will we finally have models, measures, standards that will bring the money from the compensation to Africa and with gains beyond the climate, for example gains in terms of biodiversity or gains in terms of development with the improvement of agricultural systems.