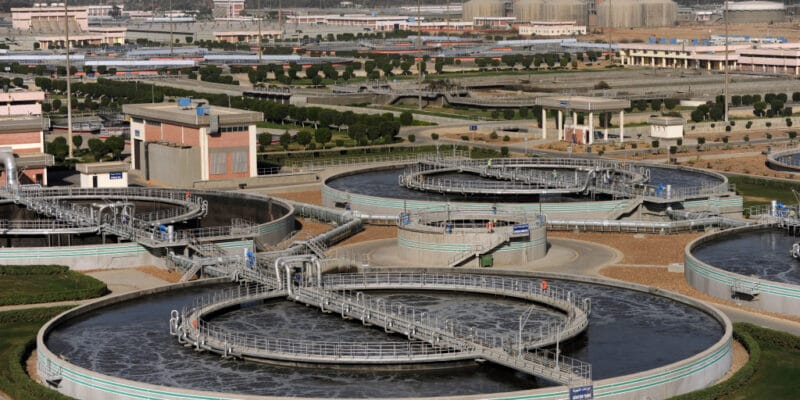 In the context of global warming, the development of non-conventional water resources is becoming increasingly important in African countries affected by water stress. In North Africa, governments are now relying on treated wastewater to limit the withdrawal of natural resources and preserve drinking water volumes, particularly in Morocco, Algeria and Egypt. SUEZ offers these countries its international experience in the reuse of treated wastewater, commonly known as reuse.

[PARTNER ARTICLE] “Valuing water”. This is the theme chosen for the celebration of World Water Day on March 22nd, 2021. In Africa, this slogan makes sense insofar as water management has become a major issue in view of climate change. Several countries are now faced with water stress, which is now affecting several regions, notably North Africa and the Near East. This phenomenon is linked to drought, itself caused by global warming.

According to the United Nations, about 3 billion people are expected to face water stress by 2025. To deal with this phenomenon, water specialists such as SUEZ recommend the use of treated wastewater, which is not yet sufficiently exploited in Africa, for water-consuming activities such as agriculture or for recharging groundwater, which in both cases provides a new natural filtering barrier. Other possible uses include watering green spaces and industrial uses.

This solution has the major advantage of providing an alternative resource that limits water deficits, better preserves natural resources and alleviates drinking water shortages caused by climate change. Reuse is part of a complete circular economy approach applied to the water cycle, which is much less expensive and less energy-consuming than desalination.

For these wastewater treatment facilities, SUEZ masters various advanced tertiary treatment technologies (ultrafiltration, ultraviolet, reverse osmosis, etc.) to obtain recycled water quality that is perfectly suited to each use. Whether it is to supply industrial facilities such as refinery cooling towers and boilers, or, with more advanced treatments, to provide perfectly disinfected water for irrigation of agricultural fields. Another example, requiring advanced tertiary treatment, is reinjection into groundwater. In California, the West Basin wastewater recycling plant, built and operated by SUEZ for 27 years in the El Segundo district of Los Angeles, produces 45,000 m3 of treated water every day, which is injected into 100 wells along the coast to replenish the aquifer and protect the coastal groundwater from any saltwater intrusion from the Pacific Ocean.

The showcase: The As Samra wastewater treatment plant

Closer to Africa, Jordan is the fourth driest country in the world, with 92% of its territory occupied by deserts. Since 2003, SUEZ has built and operated the As Samra wastewater treatment plant, which has a capacity of 365,000 m3 per day and handles 70% of the wastewater from the city of Amman. After treatment, the wastewater is used to irrigate 4,000 agricultural farms, thus avoiding drawing on the scarce freshwater resources available in this Near Eastern country. This is a textbook case and an example that should be emulated. 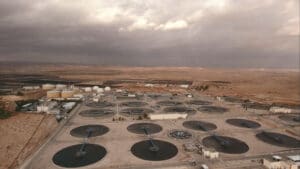 The As Samra wastewater treatment plant in Jordan © Suez

In North Africa, where Reuse is gradually developing, SUEZ has implemented this process in three countries: Algeria, Morocco and Egypt.

In Morocco, SUEZ implements the Reuse from the Médiouna wastewater treatment plant, located in the Casablanca-Settat region and commissioned in 2017.

The Médiouna wastewater treatment plant has a capacity of 2,500 m³/day. The plant, operated by Lydec, a subsidiary of the SUEZ group, is part of the anti-pollution master plan of the Wilaya of Greater Casablanca, which aims to improve the living environment of the population. The plant combines activated sludge treatment and membrane technology. This treatment allows the effluents to be reused in complete safety in the experimental urban agriculture area, which covers 1,600 m² and includes more than 80 plant species irrigated with recycled wastewater from the Médiouna wastewater treatment plant (WWTP). It is an awareness-raising place, open to all Lydec stakeholders (pupils and students, local residents, associations, farmers, elected representatives, etc.). 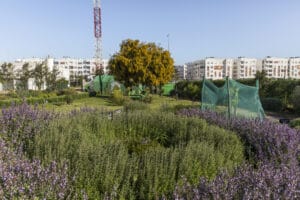 This place demonstrates that the reuse of treated wastewater for agricultural irrigation is possible within the framework of urban and organic agriculture. The treatment plant was awarded the Hassan II Prize for the Environment in 2018.

In Africa, Egypt is one of the pioneers in the reuse of treated wastewater, with numerous plants in operation or under construction. The country of the Pharaohs owes this particularity to the will of its leaders to preserve fresh water resources, but also to the contribution of companies such as SUEZ, which are providing the country with wastewater treatment facilities. The French group has equipped Egypt with several wastewater treatment plants, such as that of Gabal El Asfar, on the eastern bank of the Nile. In the Gabal WWTPs, the treated water is discharged into a drain that joins an irrigation canal located a little further north. Some of the water is used to irrigate a 400-acre park of fruit trees. 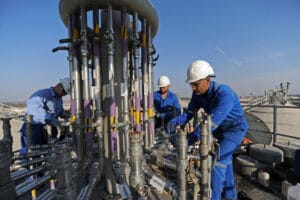 But North Africa is not the only region affected by the Reuse. With water stress also affecting countries in sub-Saharan Africa and the Near East, the reuse of treated wastewater should also be considered to limit drinking water deficits and protect resources through the development of irrigated agriculture, watering and urban and industrial cleaning, or the recharging of groundwater. Reuse is the key to the circular economy in the water cycle.