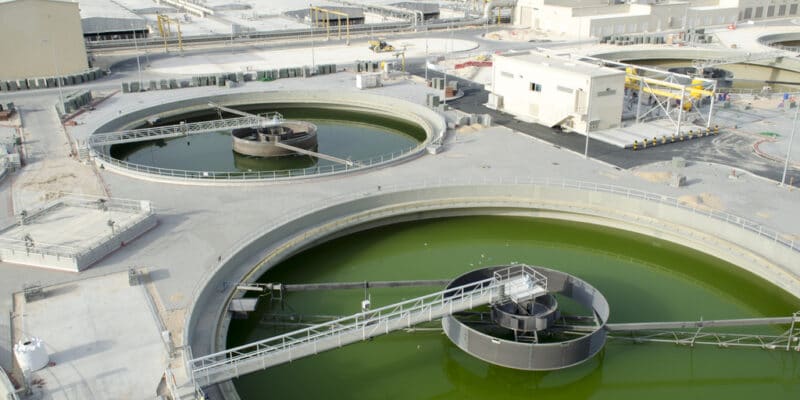 Suez, the French environmental giant, has just been entrusted with the operation and maintenance of the Gabal El Asfar wastewater treatment plant by the Egyptian client Construction Authority for Potable Water and Wastewater (CAPW). The 4-year, €40 million contract will be executed in partnership with the Egyptian company Arab Contractors (ArabCo).

Good news for Suez. The French group specialised in water and waste management, together with its Egyptian partner Arab Contractors (ArabCo), has been chosen by the local authorities to operate and maintain the Gabal El Asfar wastewater treatment plant in Cairo.

The value of this 4-year contract is €40 million. Suez’s share in this envelope amounts to 28 million dollars. These funds will notably finance the operation and maintenance of two wastewater treatment lines with a capacity of 500 000 m³ per day each. With a capacity of 500,000 m³ when it was commissioned in 2005, the Gabal El Asfar wastewater treatment plant has undergone two extensions. The works for the latest extension have been carried out since 2018 by a consortium made up of the Spanish company Acciona Agua, the German firm Passavant-Roediger and the Egyptian company Hassan Allam Construction.

The extension work on the wastewater treatment plant was carried out thanks to funding from several partners, including the African Development Bank (ADB) and the Japan International Cooperation Agency (JICA). The project increased the capacity of the plant to 2.5 million m3 per day. This makes it one of the largest wastewater treatment plants on the African continent.

However, it will very soon be dethroned by the Al-Hamam wastewater treatment plant with a treatment capacity of 6 million m3, the construction of which has been entrusted to Metito, Hassan Allam Construction, Arab Contractors (ArabCo) and Orascam Construction. Unlike this other plant in which the treated wastewater will be reused for irrigation, the Gabal El Asfar wastewater is discharged into the Cairo drainage system. But the sewage sludge will now be valorised by Suez.

As part of its new contract, Suez will rehabilitate the plant’s supervision and power generation system. This energy is obtained from the recovery of sewage sludge from which biogas is extracted. Combustion of this highly purified gas produces 56,000 MWh of electricity per year. Suez estimates that work to optimise the power plant will enable the treatment plant to increase its energy self-sufficiency from 55% to more than 65%.

“We are proud of the renewed confidence of the Construction Authority for Potable Water and Wastewater (CAPW) to operate part of the largest wastewater treatment facility on the African continent. In line with our Suez 2030 strategic plan, the group is continuing to strengthen its international activities,” said Ana Giros, Deputy Managing Director in charge of the Apac (Asia, Australia and India) and Ameca (Africa, Middle East, Central Asia) regions at Suez. The group, which currently employs more than 200,000 people, estimates that the power plant built within the Gabal El Asfar wastewater treatment plant will avoid the emission of 28,000 tons of carbon equivalent per year, while allowing the plant to treat the effluents of 5 million people in the city of Cairo.