Protecting biodiversity to ensure food security on the African continent

In this forum, Maria Helena Semedo, Deputy Director General of the Food and Agriculture Organization of the United Nations (FAO), raises an alert on the risks to agriculture and food security caused by biodiversity loss. Since Africa is particularly threatened, she is calling for new models as regards biodiversity management, from a sustainable development perspective.

An increasing number of scientific studies are reporting massive declines in biodiversity. It is widely considered that the Earth has entered its sixth mass species extinction event. Habitats are being lost at an alarming rate and genetic diversity is being eroded. Beyond the environmental impacts that biodiversity loss can cause, its potential impact on societies, and more particularly on food security and human health, remains overlooked by policy-makers.

The report on The State of the World’s Biodiversity for Food and Agriculture, produced under the auspices of FAO’s Commission on Genetic Resources for Food and Agriculture, is the first global assessment of the state of the biodiversity that contributes to food production and agriculture. The publication sheds light on the importance of biodiversity in ensuring food and nutrition for the world’s population. Based on information provided in 91 national reports, supplemented by information from the scientific literature, the report highlights the fact that many key components of biodiversity for food and agriculture, at genetic, species and ecosystem levels, are in decline.

As well as providing a direct source of food products, such as those obtained from livestock, fish or domesticated plants, biodiversity also provides a wide spectrum of ecosystem services that are essential to food production. From pest and disease control to maintaining soil fertility to pollination, biodiversity is the foundation of agriculture. However, production choices in recent decades have often meant that ecosystem services of this kind have been neglected or undermined. These choices are now being questioned. The international community has recognized that negative trends must be reversed and that the services that nature provides to agriculture must be fostered and taken advantage of.

The report highlights the fact that out of the 9 600 edible wild species included in the International Union for Conservation of Nature’s Red List, 20 percent are under threat of extinction. A quarter of livestock breeds are at risk. Between 1990 and 2015, global forest area – a vital reservoir of biodiversity – decreased from 31.6 percent of world’s land area to 30.6 percent, a loss equivalent to twice the size of Zambia. Sub-Saharan Africa is the area where forests are disappearing the fastest.

The erosion of biodiversity is all the more worrying given the persistent high prevalence of food insecurity in many parts of the world and a global population that is expected to reach 9.73 billion in 2050. 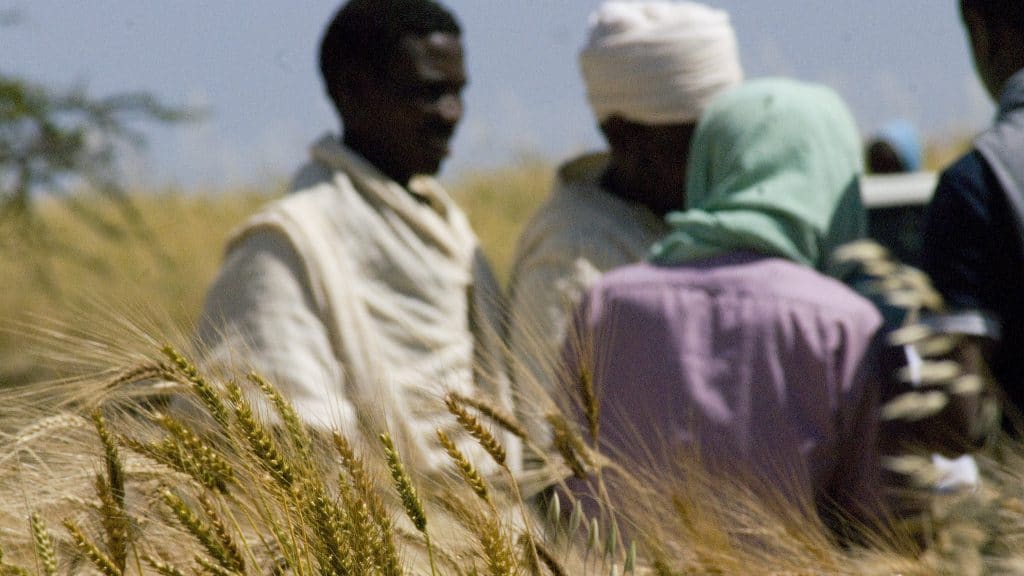 According to the latest estimates, more than 821 million people, or about one in nine people worldwide, were undernourished in 2017. After having declined steadily for  more than a decade, hunger worldwide is on the rise. These problems are particularly acute in Africa, where undernourishment affects one-fifth of the population, or more than 256 million people. Given that the continent’s population is projected to double by 2050 to reach 2.4 billion people, half of whom will be under 25, there is an urgent need to rethink and transform agricultural and food systems. This transformation must promote the conservation and sustainable use of biodiversity while promoting the development of an agriculture that feeds the planet and ensures a decent income for farmers. This profound change will, however, only be possible if there is real political will.

To meet this challenge, forums addressing environmental and agricultural issues must take an approach that reconciles the views of different sectors and stakeholders to develop new models of biodiversity management within the framework of sustainable development. The agricultural sectors (crop and livestock production, forestry, fisheries and aquaculture), increasingly aware of their negative impact on biodiversity but also of their dependence on it, stand to gain from better conservation and sustainable management of biodiversity.

Agriculture has helped preserve landscapes and protect habitats over the centuries. Food producers have used biodiversity as an insurance and adaptation mechanism to increase flexibility and to spread or reduce risks associated with climate shocks and other forms of uncertainty. It is therefore essential that the role of farmers, livestock keepers, forest dwellers and fishers as custodians of biodiversity for food and agriculture are supported and strengthened to ensure food security for all.

You wish to publish an article, you are an expert in your field...