Homepage » On the road to WCEF2022: Challenges and opportunities of a circular economy in Africa
This article is part of the dossier
WORLD CIRCULAR ECONOMY FORUM 2022 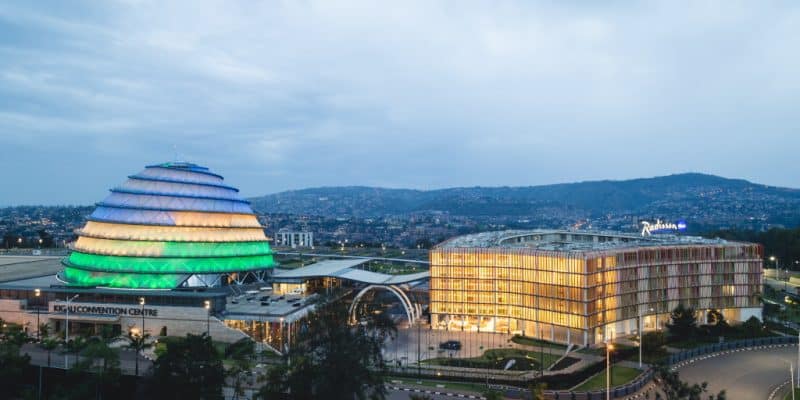 This is it! The World Circular Economy Forum (WCEF2022) opens on 6 December 2022 in Kigali, Rwanda. The sixth edition of the event, held for the first time in Africa, will examine the conditions and present solutions to further develop the circular economy in Africa, the continent that is already the most 'circular' in the world for many.

WCEF2022 #2. Our series in partnership with the Finnish Innovation Fund Sitra.

Rwanda is hosting the sixth edition of the World Circular Economy Forum (WCEF2022) from 6 to 8 December 2022, bringing together business leaders, policy makers and experts from Africa and around the world. The event is a global initiative of the Finnish government and the Finnish Innovation Fund Sitra. WCEF2022 is organised in several sessions in Kigali and can also be followed online. The forum is also divided into several sub-regional events – “studios” – organised in several sub-Saharan cities.

In the Rwandan capital, several personalities will take part in the exchanges, including Jeanne d’Arc Mujawamariya, the Rwandan Minister of the Environment, Peter Díez, the Director of International Affairs at the Dutch Ministry of Infrastructure and Water Management, Peter Desmond, co-founder of the African Circular Economy Network (ACEN), Kari Herlevi, Project Director, Global Collaboration, Sustainability Solutions, at Sitra and Maxwell Gomera, Resident Representative of the United Nations Development Programme (UNDP) in Rwanda.

The circular economy, a necessity for sustainable development

The trust fund will channel, finance and de-risk circular economy business models beyond waste management. It will support Acea (an alliance of several African states including South Africa, Nigeria, Rwanda, editor’s note), in the circular economy in national green growth strategies as well as climate change adaptation. “Financing is a key factor for the deployment of innovative solutions, so it is essential for the AfDB to anchor and cultivate the circular economy to make it a bankable economic model for Africa,” Al-Hamndou Dorsouma, the AfDB’s acting head of climate change and green growth department, said recently.

Globally, the circular economy refers to a production and consumption model that aims to decouple economic growth from resource consumption. In April 2021, the study report “Five Big Bets for the Circular Economy in Africa” identified better management of food systems, the packaging industry, the built environment, electronics, and the fashion and textile industry as Africa’s most promising industries for a circular transformation.

This includes designing products that are usable for longer and easy to repair, reuse or put back into an economic cycle. Adopting the circular economy could enable Africa to improve its waste management. According to the United Nations Human Settlements Programme (UN-Habitat), 90% of the waste produced in Africa ends up in uncontrolled landfills, a real source of pollution of the atmosphere, soil, groundwater and oceans. It is also an economic loss since “waste is a resource” according to one of the principles of the circular economy.

The challenge of recovering e-waste

This waste can be recovered through recycling or reuse.

In recent years, several African countries have made progress in adopting the circular economy of waste. Ghana, for example, is pursuing a policy of turning its waste into opportunities, with the support of the private sector. The West African country has just commissioned an e-waste recycling centre.

The facility, built on a one-hectare site in the capital Accra, will handle various types of e-waste, including cables, mixed batteries, thermoplastics and cathode ray tube TVs. The plant will enable Ghana to reduce the amount of electrical waste going to landfill. According to the authorities, Ghana produces an average of 170,000 tonnes of e-waste per year, a quarter of which ends up in the Agbogbloshie landfill on the outskirts of Accra.

The proliferation of e-waste is mainly due to the importation of old electronic devices from developed countries. In Nigeria, for example, 60,000 metric tonnes of used electronics and electrical equipment are imported from other countries each year.  Yet over 25% of these electronics are classified as ‘dead on arrival’.

By embracing the circular economy, Nigeria could also improve the management of its plastic waste. In this country of over 211 million people, start-ups are developing digital solutions to speed up recycling. One such start-up is Pakam Technology, which has launched the mobile application “Pakam” in Lagos. In Egypt, the “E-Tadweer” application has been operational for several months. This digital solution facilitates the collection and recycling of electronic waste. The country of the Pharaohs generates 90,000 tonnes of electronic waste per year, of which 23% comes from households, 19% from the public sector and 58% from the private sector, according to official figures. These solutions should be accompanied by legal frameworks that are essential for the adoption and development of the circular economy in Africa. These issues will be on the agenda at the WCEF2022, which will be held from 6 to 8 December in Kigali, Rwanda.