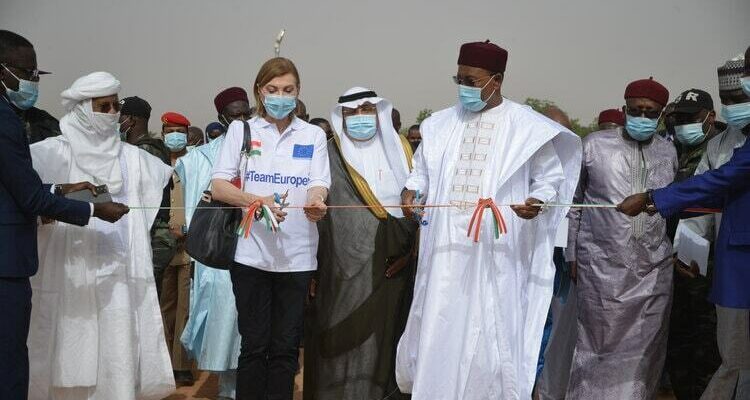 The President of the Republic of Niger, Mahamadou Issoufou, inaugurated the Goudel IV drinking water treatment plant on 18 March 2021. This extension to the existing Goudel plant provides an additional 40,000 m3 of water per day, which meets the needs of 222,000 additional people directly and 1.3 million people indirectly. The commissioning of this new drinking water plant took place four days before the celebration of World Water Day 2021.

It is now official: the facility, which will provide drinking water to approximately 1.5 million people in Niamey, Niger, is now operational. The Goudel IV project was inaugurated on 18 March 2021 near Niamey, the capital, by the Nigerien president. The 4th drinking water production unit for the city of Niamey has a daily capacity of 40,000 m3, which directly supplies 222,000 people in the capital Niamey and 1.3 million people indirectly.

According to the Nigerien authorities, the commissioning of this plant has enabled the capital Niamey to achieve a water access rate of 95.62%, one of the highest in West Africa. The project has resulted in 15,700 additional households being connected to the water supply network and the construction of 170 new water access points in the capital Niamey. As part of the project, the authorities also built three new reservoirs with a capacity of 2,000 m3 each, and laid 27 km of pressure pipe and 250 km of distribution pipe across the city.

The Goudel IV project, a model for climate action in Africa 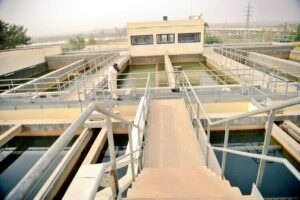 Niger is one of the hottest countries in the world and average temperatures in Niamey are rarely below 32°C. Increasing access to safe drinking water through the Goudel IV project will help reduce the vulnerability of an increasing population to climate change. According to official figures, Niamey had a population of nearly 1.8 million in 2018. “When you go to the villages of Niger, the first demand of the people is not school or health, but water. That is why the Renaissance Programme has made access to water one of its priorities,” explains Mahamadou Issoufou, President of the Republic of Niger.

Goudel IV has received financial support of €60.4 million from two European partners. The European Investment Bank (EIB, 34.5%) and the French Development Agency (AFD, 30%). The remaining 35.5% is grant funding from the Dutch Development Cooperation.

The inauguration of this project took place a few days before the celebration of the 2021 edition of the World Water Day on 22 March, as if to underline the role of Goudel IV in the achievement of goal n° 6 of the United Nations (UN) Sustainable Development Goals (SDGs): guaranteeing access to water and sanitation for all and ensuring sustainable management of water resources.