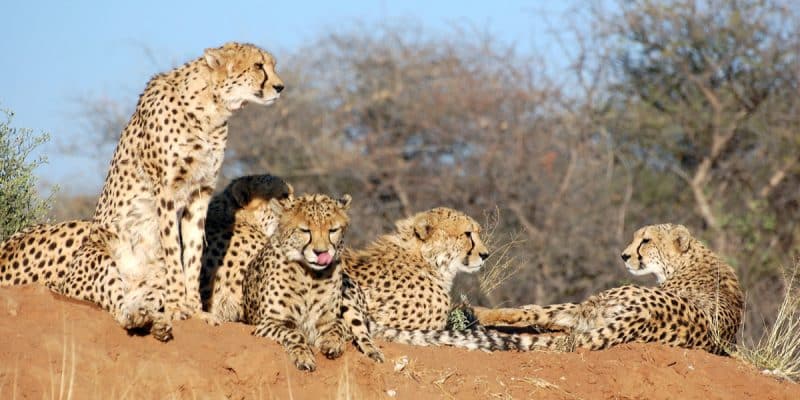 Deprived of cheetahs for 70 years, India has just signed an agreement with Namibia, for the reintroduction of the African species on its soil. Namibia will initially deliver eight cheetahs to India.

The Namibian and Indian governments signed an agreement on 24 July 2022 for the reintroduction of the African cheetah in India. The amount of the deal was not disclosed, but according to the Indian authorities, by 15 August 2022, eight cheetahs will leave Namibia for the Kuno-Palpur National Park in the central Indian state of Madhya Pradesh. This protected area was chosen as a new home for the cheetahs because of the abundance of prey and grasslands.

In addition to its biological significance, the translocation is part of the activities marking the 75th anniversary of India’s independence, which is celebrated every 15 August. “Completing 75 glorious years of independence by bringing back the world’s fastest land species to India is an action that will revive the ecological dynamics of the landscape,” says Indian Environment Minister Bhupender Yadav.

While the cheetah is the only large carnivore to have become extinct in India since 1940, mainly due to hunting and the loss of its natural habitat, Namibia, which is helping to reintroduce the cat to the Asian country, is no stranger to the threats facing cheetahs.

Namibia does not escape the conflict between humans and cheetahs. In this southern African country where 75% of the inhabitants practice agriculture or breeding, with very low incomes, according to the World Bank, sheep, goats or calves can constitute a prey for cheetahs. Yet according to official figures, about 70-90% of Namibia’s 3,000 cheetahs live outside protected areas and reserves. They cohabit with local Namibian communities and are not protected from hunting.

Read also-MOZAMBIQUE: 60 years later, cheetahs are back in the Maputo Reserve

The International Union for Conservation of Nature (IUCN) is aware of the progressive decline of these cats and has classified the cheetah as a “vulnerable” threatened species. And among the five subspecies of cheetah, the two subspecies “Asian cheetah” and “Saharan cheetah” are even classified as critically endangered.