Homepage » MOZAMBIQUE: 60 years later, cheetahs are back in the Maputo Reserve 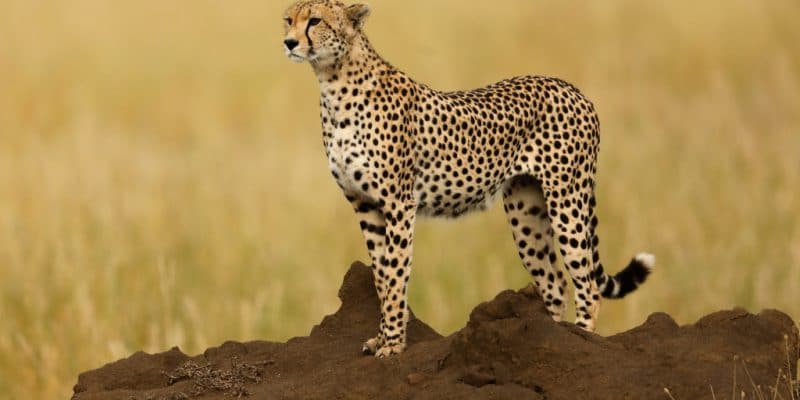 The Peace Parks Foundation is reintroducing carnivores to the Maputo Special Reserve in Mozambique. This is the first time cheetahs have walked the grounds of the reserve in 60 years.

Good news about the Maputo Special Reserve in Mozambique. Cheetahs, four in total, have just been reintroduced in this biodiversity reserve located about ten kilometres from the Mozambican capital Maputo. This project, which is nearing completion, is the work of the Peace Parks Foundation, a conservation organization based in Stellenbosch, South Africa. 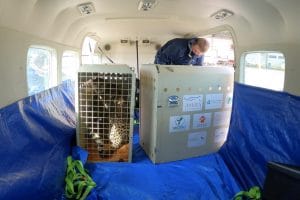 The four cheetahs were safely flown in by plane, from two private game reserves in South Africa © Ashia Cheetah Conservation

The cats were transferred from private reserves in South Africa. The cheetahs will spend some time in a boma (a kind of traditional East African enclosure) set up in the reserve. This installation will allow the predators to adapt to their new environment. It is only after this adaptation time that the four cheetahs will integrate the ecosystem of the Maputo Special Reserve. The reintroduction project is being conducted with support and funding from Endangered Wildlife Trust (EWT), Ashia Cheetah Conservation and the Mozambique Wildlife Alliance.

The good points of the restoration

“A feasibility study conducted as part of EWT’s cheetah range expansion program determined that this bio diverse reserve is once again well suited to host the cheetah, an endangered species that has disappeared from 90 percent of its range in Africa and is estimated to have only 6,600 individuals remaining in the wild,” says Peace Parks Foundation.

According to the organization, extending the cheetahs’ range, by relocating them to safe protected areas where they were historically present, has been identified as one of the most important actions to save this big cat from extinction. The Maputo Special Reserve, which is home to the cheetahs again, covers an area of 774,000 hectares. The biodiversity reserve located in the Bay of Maputo obtained its status during the Portuguese occupation in 1923.

A true biodiversity hotspot, the Maputo Special Reserve is part of the Lubombo Trans boundary Conservation Area, which includes national parks in South Africa, Mozambique and Eswatini. Currently, it is part of the Usuthu-Tembe-Futi Trans boundary Conservation Area. According to the Peace Parks Foundation, which is working for its restoration and preservation, the reserve currently has between 17,000 and 19,000 wild animals.