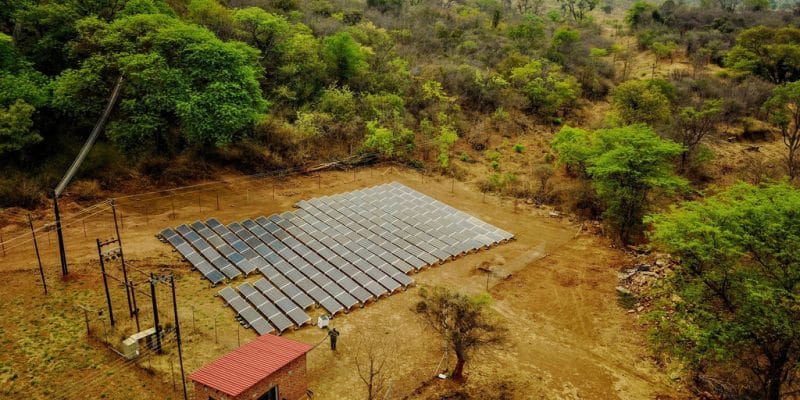 The German company IBC Solar will collaborate with three universities in Bavaria, Germany, on the implementation of a project to install mini-grids in rural areas in Namibia.

“Solar energy is now cheaper than grid electricity, and the photovoltaic market in southern Africa has significant growth potential. The comments were made by Albert Engelbrecht, Senior Vice President Solutions International at IBC Solar, a company based in Bad Staffelstein, Germany. This observation justifies the choice made by some African countries to rely on this energy source to increase access to electricity.

The decentralisation solution, i.e. off grid, is increasingly favoured in rural areas. And it is this solution that Bavarian universities (in south-east Germany) have chosen for a project in Namibia. These are the University of Bayreuth, the Technical University of Ingolstadt and the University of Applied Sciences in Neu-Ulm.

The partnership with IBC Solar

The project of the German universities is called “Proceed”. It consists of installing solar mini grids in several villages. These universities have chosen IBC Solar as their technical partner. “We are very pleased to help universities implement this project with our expertise and products. The project contains promising solutions that can also be used to improve access to electricity in other rural areas of Africa in a cost-effective and efficient way,” says Albert Engelbrecht.

More specifically, IBC Solar will be responsible for the technical evaluation and long-term monitoring of solar photovoltaic systems during the project period. The company will also install the mini-grids and storage systems. German universities plan to rely on local companies to connect with the population. This project is expected to support the Namibian government’s policy of promoting the use of renewable energy sources.

Almost 49% of the Namibian population has no access to electricity. Most of the populations, who are in this situation, live in rural areas. Due to the scattered nature of housing, “connecting households to the national electricity grid is neither technically nor economically feasible in many parts of the country,” says IBC Solar. In addition, the national electricity grid in Namibia shows its limitations. The country imports about 60% of its electricity needs from other countries in the region such as South Africa, Zimbabwe, Zambia and Mozambique. However, the electricity production of these countries is in deficit.