NAMIBIA: Emergency plan to supply water to one million people 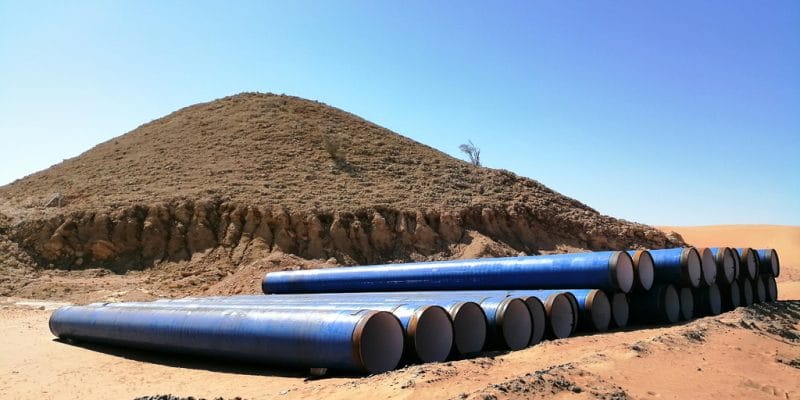 The Namibian government is launching an emergency programme in the context of water stress. The Namibia Water Sector Support Programme (NWSSP) aims to improve the quality, safety and sustainability of water supply and sanitation services for at least one million people.

In a report published on July 13th, 2021, the United Nations Educational, Scientific and Cultural Organisation (UNESCO) recall the consequences of the drought in Namibia. These include the death of livestock, reduced agricultural production, food insecurity and above all shortages of drinking water. The international organisation says that one of the most intense episodes was between 2013 and 2016, affecting around 450 000 people in the country. The Namibia Water Sector Support Programme (NWSSP) aims to mitigate the effects of drought.  This phenomenon dries up rivers in the southern African country.

Support from AfDB and KFW

According to Namibia’s Minister of Agriculture, Calle Schlettwein, the NWSSP will directly benefit about one million Namibians and 250 000 people indirectly, in the regions of Ohangwena, West and East Kavango, Oshikoto, Zambezi, Khomas, Oshana, Omaheke and Omusati, as well as vulnerable areas in the regions of Kunene and ǁKaras.

The objective of the NWSSP is to improve the quality, safety and sustainability of water supply and sanitation services. In June 2021, the Namibian government loan agreements with the African Development Bank (AfDB) Group and its subsidiary, the African Development Fund (ADF). The two development partners are providing N$1.8 billion (over US$120 million) and N$51.6 million (about US$3.45 million) respectively for the implementation of the NWSSP. According to Minister Calle Schlettwein, Kreditanstalt für Wiederaufbau (KfW), the German development agency, has already provided about N$870 million (over US$58 million), while the Namibian government will contribute N$2.3 billion (about US$153.5 million) to the funding of the Namibia Water Sector Support Programme. It is expected to be implemented until December 2025.