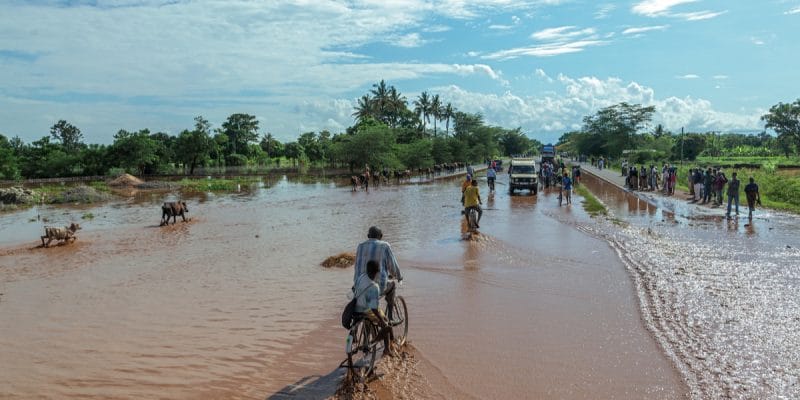 Beira, Mozambique's second largest city, was swept away by a cyclone with a speed of 160 kilometres per hour (km/h), named Eloise. In addition to the human and material damage, the earth's low-pressure system flooded some 142,000 hectares of land, threatening biodiversity and food security.

The port city of Beira, located in the Central Region of Mozambique, was again hit by a cyclone during the night of 22-23 January 2021. According to Mozambique’s National Institute of Meteorology (Inam), the cyclone, named Eloise, dumped 250 mm of rain on the city in the space of 24 hours. With wind speeds of up to 160 km/h, the land depression system killed six people, including a child under the age of 2, according to local authorities and rescue teams.

“Nearly 7,000 people have been displaced and more than 5,000 homes destroyed, damaged or flooded,” said the UN Office for the Coordination of Humanitarian Affairs (OCHA), which also warned that the death toll could rise in the coming days. The cyclone has been downgraded to a tropical storm and is expected to affect other southern African countries, including southern Zimbabwe, northern South Africa and eastern Botswana, which have already suffered heavy rains and mudslides.

Biodiversity and food security under threat

Mozambique’s National Institute for Disaster Management and Reduction states that about 142,000 hectares of agricultural land were destroyed by the cyclone. Many plant and animal species have been affected in the region, as have people who fear losing their crops.

This is the second major cyclone to hit Mozambique in two years. The east African countries was hit hardest in 2019 by Cyclones Idai and Kenneth, which killed 700 people, affected several million people and caused enormous material and environmental damage.

Climatic disasters such as cyclones have an impact on agriculture. According to the international scientific journal Science, Southern Africa and South Asia will be the two regions of the world where agricultural production will be the most affected by climate change by 2030. This would lead to food insecurity, which in turn could lead to social instability, as was already the case in Mozambique in 2010.