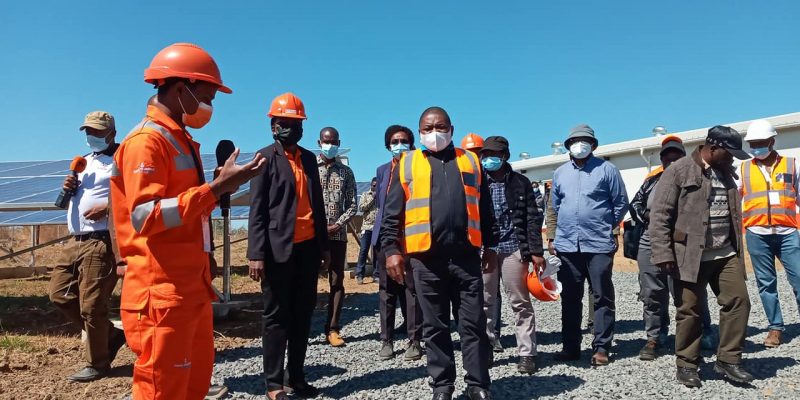 The Mozambican authorities are inaugurating a 200 kWp solar power plant in Matchedje, a locality in the province of Niassa. The plant is connected to a mini-grid that will supply 400 households.

The solar photovoltaic system was inaugurated at a ceremony recently presided over by Mozambique’s Head of State, Philip Yacinto Nyusi. The small solar power plant has a capacity of 200 kWp and a 5 km distribution network that will provide electricity to 400 families in this locality in the province of Niassa, located in northern Mozambique. The construction of these new installations was financed by the Mozambican Energy Fund (FUNAE).

“As part of its “Energy for All” programme, the government will intensify its interventions to stimulate access to electricity in rural areas, focusing particularly on renewable energy sources,” promised the President of the Republic of Mozambique at the inauguration ceremony of the solar mini-grid. For Philippe Nyusi, this project is part of his government’s strategy to provide access to electricity to 10 million Mozambicans by 2024 and to the entire population (over 30 million inhabitants) by 2030.

It was to follow up on this strategy that the Mozambican head of state also visited the Ngauma district (in Niassa province) to inaugurate a power line. The completed project involved the construction of 23 km of medium voltage line, 14 km of low voltage line and four transformer stations. The extension of the national electricity network in this locality also allowed for the installation of 94 street lamps for public lighting. Several public buildings were also electrified, including a school, a health centre, two government buildings, seven shops and two flour mills.

Officially, 40% of Mozambicans have access to electricity, 36% through the grid of the state-owned Electricidade de Moçambique (EDM) and 4% through off-grid solar systems. These stand-alone solutions are mainly installed for the electrification of rural households.