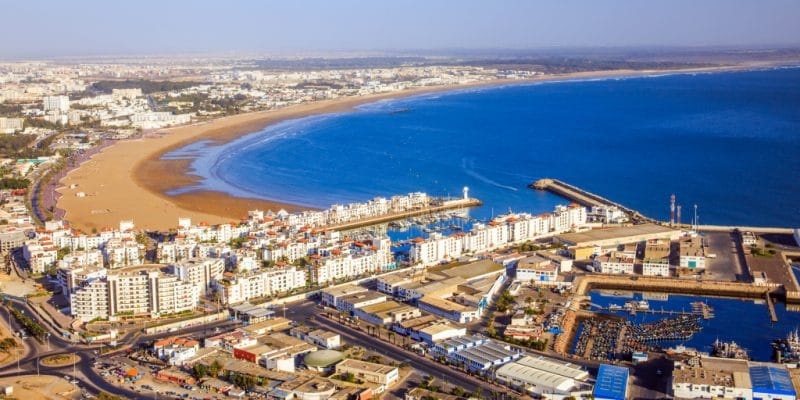 The World Bank has announced the granting of a $350 million loan to Morocco. The financing will support the implementation of a blue economy development programme in the face of climate change, which is having a major impact on this North African kingdom.

The blue economy development programme for which the World Bank is committing $350 million aims to stimulate job creation and economic growth, while improving the sustainability and resilience of natural resources, as well as food security. For the World Bank, the implementation of this programme by the Moroccan government is particularly important in the current context of the conflict in Ukraine, which has repercussions on Morocco, particularly in terms of imports of food products such as wheat.

The Moroccan government will use the $350 million loan to develop institutional frameworks, improve integrated natural resource management and strengthen certain sectors for a blue economy resilient to climate change in coastal areas. Concretely, through two components, Rabat plans, in the first instance, to set up an inter-ministerial commission and regional coordination mechanisms to strengthen coordination of the development of the blue economy.

The second component focuses on investment in key areas of the blue economy, including sustainable tourism and the aquaculture sub-sector; vocational training dedicated to blue economy management; protection and management of ecosystem services; and improving climate resilience in coastal areas.

“Bordered by the Mediterranean Sea and the Atlantic Ocean, Morocco has a strong potential to develop the blue economy. Its coastal areas already account for more than half of the kingdom’s GDP (gross domestic product) and employment, while greater potential remains untapped in established and emerging blue industries, such as aquaculture, seaweed farming and marine renewable energy,” says Jesko Hentschel, the World Bank’s Director of Operations for the Maghreb.

According to the Washington-based financial institution in the United States of America, the Moroccan government’s blue economy development programme will create jobs and the resulting economic growth should stimulate recovery from the Covid-19 pandemic. To contribute to food security, the programme will support the creation of aquaculture operations and the preservation of marine resources in protected areas. It will also promote gender equality and youth inclusion through business incubators and technical support.

For example, marine surveys will be carried out to estimate, on a scientific basis, the health of fish stocks and determine the measures to be taken to manage them. The quality of beaches, a major asset for coastal tourism, will be monitored, while satellite imagery of coastal areas will be used to measure erosion and inform decisions on coastal development. The programme also includes the creation of 14 new aquaculture operations, including shellfish and seaweed farming. The World Bank predicts that this activity could attract future investment and generate new jobs for women and young people.