Homepage » MOROCCO: The World Bank lends €163 million for agriculture in the face of drought

MOROCCO: The World Bank lends €163 million for agriculture in the face of drought 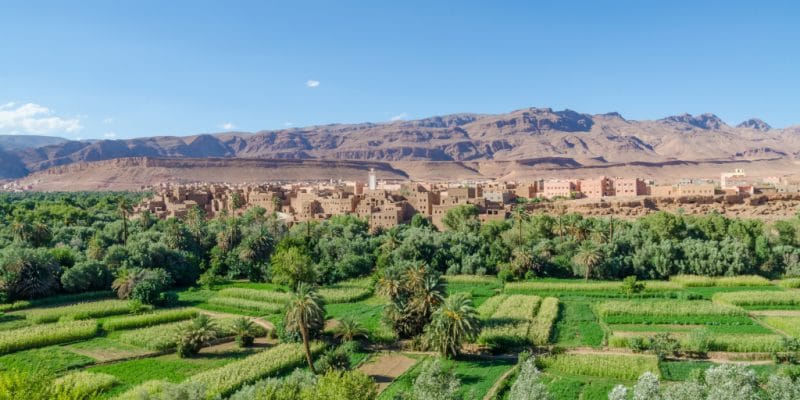 Morocco, which has been suffering from a severe rainfall deficit since September 2021, could soon run out of water. In the wake of the measures taken by the government, the World Bank is granting a €163 million loan to enable the North African country to cope with the climate crisis.

Morocco is experiencing its worst drought in nearly four decades. The disaster has led authorities to fear a severe shortage of drinking water this year. According to the Moroccan Ministry of Agriculture, the drought is expected to gradually intensify across the Kingdom of Morocco until 2050 as a result of a drop in rainfall (-11%) and an increase in temperature of + 1.3°C.

To finance its fight against this worrying drought, the country requested and obtained a loan from the World Bank. The Bretton Woods institution is allocating 163 million euros. These funds will support resilient and sustainable agriculture projects throughout the country in the face of climate change and the scarcity of water resources. In concrete terms, the aim is to improve the quality of irrigation services and facilitate farmers’ access to technical advice in an area that contributes 21% of Morocco’s gross domestic product (GDP). Almost 39% of the country’s employment depends on it, according to official figures.

While in the past the drought mainly affected rural areas and the agricultural sector, it is now affecting drinking water supplies in urban areas. According to official statistics, the rainfall deficit experienced by Morocco since September 2021 has caused an alarming drop in dam reserves of almost 89% compared to the annual average.

In addition to the efficient use of water in the agricultural sector, Morocco is also counting on the desalination of sea water to remedy water stress. However, the projects undertaken so far in this field are slow to be delivered. The desalination plant in Casablanca, in the west of the country, is still under construction, which compromises the drinking water objectives of the economic megalopolis by 2025. Another example is the delay in the delivery of the desalination plant in the seaside resort of Saïdia (north-east of the country). This situation has caused a shortage of drinking water in the surrounding towns, according to Nizar Baraka, the Moroccan Minister of Equipment and Water.