Homepage » MOROCCO: Stellantis to produce its new electric car at the Kenitra plant

MOROCCO: Stellantis to produce its new electric car at the Kenitra plant 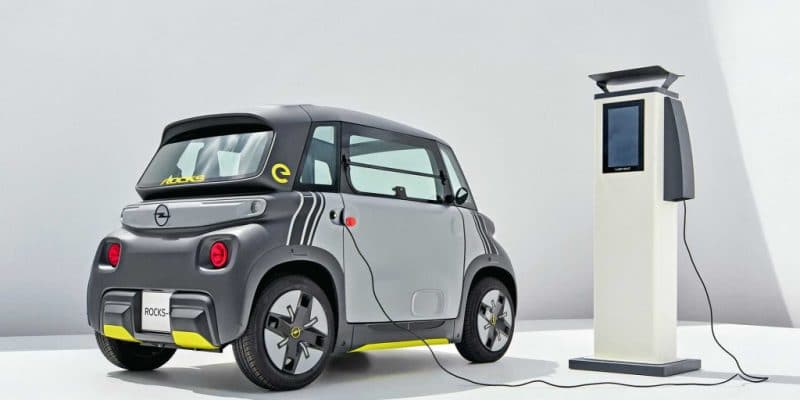 The partnership between Morocco and Stellantis (formerly PSA) extends to the production of electric cars in the automotive group's plant in Kenitra. The new Opel Rocks-e, from the German brand Opel, will be marketed internationally.

The Moroccan government signs a new agreement with Stellantis, a multinational automotive group founded on January 16th, 2021, resulting from the merger of the French group PSA and the Italian-American Fiat Chrysler Automobiles. This is the expansion of an existing partnership between the kingdom and PSA which has enabled the construction of a Peugeot 208 and Citroen Ami assembly plant in Kenitra, 53 km from the Moroccan capital Rabat.

The Kenitra plant will also produce the Opel Rocks-e, an electric car recently launched on the international market by German carmaker Opel, a subsidiary of the Stellantis group. It is a short two-seater of 2.41 metres, which can be driven by young people from the age of 15, especially in Germany, with an AM1 driving licence. The Opel Rocks-e is actually a rebadged Citroën Ami dedicated to the Moroccan and international market.

The electric car has a range of 75 kilometres, with a top speed of up to 45 km/h. According to Opel, this makes the electric car ideal for daily urban traffic, not only for young drivers, but also for those who want to travel emission-free and don’t want to spend a lot of time looking for a parking space at their destination.

According to Samir Cherfran, Stellantis Chief Operating Officer for the Middle East and Africa region, production of the Opel Rocks-e in Morocco will benefit from an ecosystem of local suppliers and a talented and diverse team at the Kenitra plant. The new electric car is equipped with a 5.5 kWh battery that can be recharged in 3.5 hours via a household outlet. This entry-level electric vehicle could therefore meet the current requirements for ecological mobility.