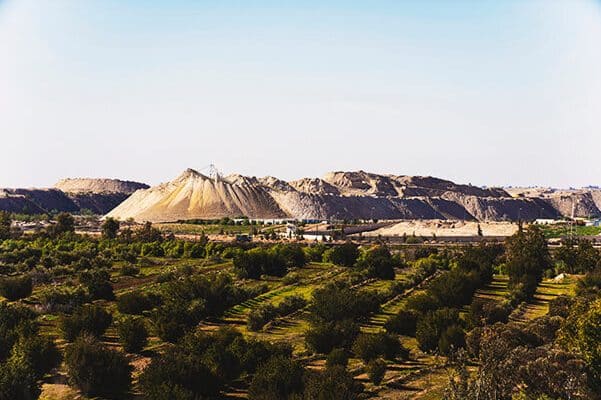 Between 2023 and 2027, the Office Chérifien des Phosphates (OCP) will invest €11.6 billion to set up green infrastructures in its facilities in Morocco. The "Green Investment Programme", which will enable the industrial group to carry out environmentally responsible production on a global scale, is in line with Morocco's climate commitments.

In Morocco, the Office chérifien des phosphates (OCP) is multiplying initiatives to achieve carbon neutrality by 2040. It is within this framework that the world exporter of phosphate fertilizers recently presented its “Green Investment Programme” for the next five years. This programme, worth 130 billion Moroccan dirhams (11.6 billion euros), will allow the financing of projects focused on water, renewable energies and agro-ecology in order to limit the environmental impact of the company’s mining sites located in Benguerir, Boucraâ-Laâyoune and Youssoufia.

The Moroccan group plans to boost its investments in sustainable agriculture, notably by tripling its fertilizer production capacity to become “the world’s leading producer and exporter of phosphate fertilizers. This ambition of OCP will be achieved thanks to the research work of the Mohammed VI Polytechnic University (UM6P). It will allow the development of new technologies, notably artificial intelligence, the digitization of agricultural fertilization systems adapted to different soils in order to reduce ammonia imports and “the production of green fertilizers”.

OCP’s “Green Investment Plan” also focuses on the development of renewable energies through the supply of solar and wind energy to its main plant in Casablanca. “This initiative will make it possible to reduce greenhouse gas emissions, ensure a rapid energy transition and strengthen the attractiveness of the territories in line with the United Nations Sustainable Development Goals (SDGs),” says Akinwumi Adesina, President of the African Development Bank (AfDB).

The development of the circular economy

According to Mostafa Terrab, CEO of OCP, these various investments will enable the support of 600 Moroccan industrial companies and the creation of 25,000 direct and indirect jobs in collaboration with the Moroccan Ministries of the Interior, Economy and Finance, Equipment and Water as well as Energy Transition and Sustainable Development.

Two months ago, the OCP Group announced the creation of two new subsidiaries in Morocco as part of its ongoing “Circular Economy Plan”. The authorities of this North African country have already given the green light for the first company, called “OCP Green Water”. It will specialise in the development of non-conventional water resources and the desalination of sea water.

With a capital of more than 3.8 billion Moroccan dirhams (about 351 million euros), the new OCP subsidiary will contribute to mitigating the effects of water stress in the regions of Safi and El Jadida, where new treatment plants will process the group’s wastewater for irrigation. The group’s objective is to produce 110 million m3 of water before 2026. This capacity should help save and preserve surface water resources in Morocco.