Homepage » MOROCCO: Lydec will complete its sanitation work in Hay Al Maqam by 2023 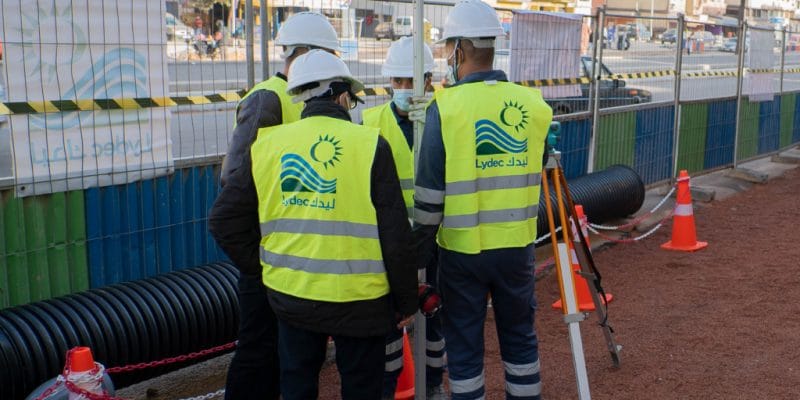 Lydec, the Moroccan subsidiary of the French group Suez, is in the middle of implementing a project that will improve the quality of its sanitation services in Hay Al-Maqam in the greater Casablanca area. The work, which began in January 2022, will cost 8 million dirhams (932,000 euros).

In Morocco, residents of the Hay Al-Maqam neighborhood in the city of Casablanca will soon benefit from a new liquid sanitation facility. The project implemented by Lydec, the Moroccan subsidiary of the French group Suez, aims in particular at upgrading and reinforcing the existing network and laying two 300 and 400 mm collectors. These works, worth a total of 8 million dirhams (932,000 euros), started in January 2022.

At the same time, the company has started another project in the Palmier district in the neighboring town of Mâarif, notably to renew 390 connections by 2023. “To date, the work on drinking water, which consisted of the extension of the network on 500 linear meters, as well as the extension of the liquid sewerage network on 520 linear meters have been completed. Similarly, the work of reinforcing the medium voltage line, which involved the construction of 400 linear meters of electricity cable ducts, has also been completed,” say Lydec officials.

With its 3,300 employees, Lydec provides the public service of drinking water, wastewater and rainwater collection, electricity and public lighting for more than 4 million inhabitants of the Greater Casablanca region. These works come in a context marked by water stress exacerbated by water stress.

The response to water stress

In Morocco, the scarcity of rainfall has led to the vulnerability of the water table and a drop in well levels, which in turn accentuates water stress. In this context, the Kingdom of Morocco is multiplying initiatives to improve water supply for all inhabitants. The National Program for Drinking Water Supply and Irrigation 2020-2027 (PNAEPI) is one of them.

As part of this operation, the Office national de l’électricité et de l’eau potable (ONEE) recently completed a project to supply drinking water to the tourist city of Marrakech and neighboring localities from the Al Massira dam, for a total amount of 2.5 billion dirhams (237 million euros). According to the Moroccan authorities, this project will allow the production of 216,000 m3 of drinking water per day thanks to the installation of a treatment plant, three pumping stations with a combined power of 27 MVA and seven reservoirs with a total capacity of 93,000 m3.