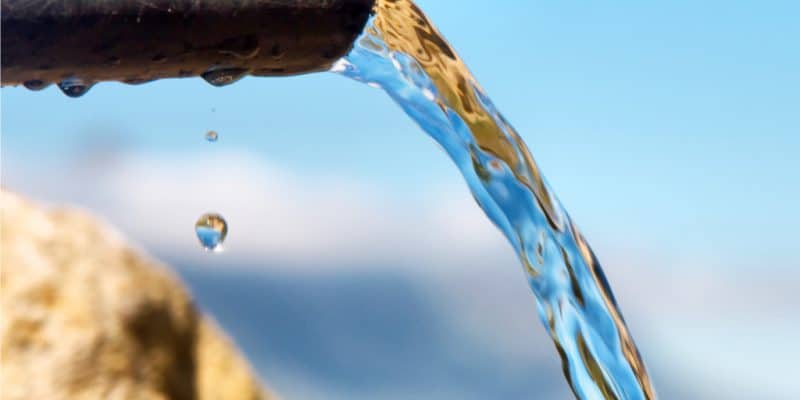 In Morocco, the port city of Casablanca is conducting an awareness campaign with a view to rationing the population's water consumption. The initiative, carried out by Lydec, the Moroccan subsidiary of the French group Suez, which manages water distribution, comes at a time when the country is being hit hard by unprecedented water stress.

As Morocco is hit by water stress, the port city of Casablanca, 93 km south of the capital Rabat, is trying to adapt to the phenomenon. In this context, Lydec, the Moroccan subsidiary of the French group Suez, which manages the distribution of drinking water and electricity as well as the collection of wastewaters, launched an awareness campaign from 19 to 26 March 2022 with the aim of rationing the population’s water consumption.

In a context marked by the absence of rainfall, this campaign, which targets the region’s 4 million inhabitants, aims to ensure better management of the water resource deficit, water shortage (vigilance, alert and crisis), and water reserves during the summer season, notably through the plan to readjust pressure and flow rate instructions, reduce water losses, alternative supply solutions and increase non-conventional water resources.

“The campaign sets up a communication and awareness-raising mechanism for the preservation of water resources aimed at the various stakeholders through an operation on social networks, the distribution of flyers, and awareness-raising meetings for schools and neighbourhood associations,” says the company headed by Jean-Pascal Darriet, on the occasion of World Water Day celebrated on 22 March.

According to the United Nations (UN), Morocco has only 500 m3 of drinking water per inhabitant per year, compared to 2,500 m3 in 1960. This figure is below the recommended 1,000 m3 of water per capita per year. The World Resources Institute (WRI), an American environmental organisation, indicates that Morocco will reach an extremely high level of water stress by 2040, with the loss of 80% of its water resources. In 2015 and 2016, for example, the scarcity of rainfall has strongly affected the natural aridity of certain regions of Morocco, such as the Rif, Rhamma and Drâa-Tafilalet, where the town of Zagora, with a population of more than 152,000, is located.

In this North African country where the semi-arid climate is favourable to climatic hazards characterised by alternating wet and dry years, the National Office for Electricity and Water (ONEE) has identified 53 urban centres with a deficit in 2021, i.e. 7% of the drinking water network managed by the office, and 22 centres exposed in 2022. Faced with the vulnerability of the water table and the drop in well levels, which make it difficult for many Moroccans to obtain water, King Mohammed VI has instructed the establishment of a commission responsible for drawing up a national water plan aimed at rebalancing the distribution of resources and ensuring access to drinking water for all inhabitants.