Homepage » AFRICA: OMVS receives Hassan II prize for its management of the Senegal River water
This article is part of the dossier
WORLD WATER FORUM: SECURING ACCESS TO WATER AND SANITATION IN AFRICA 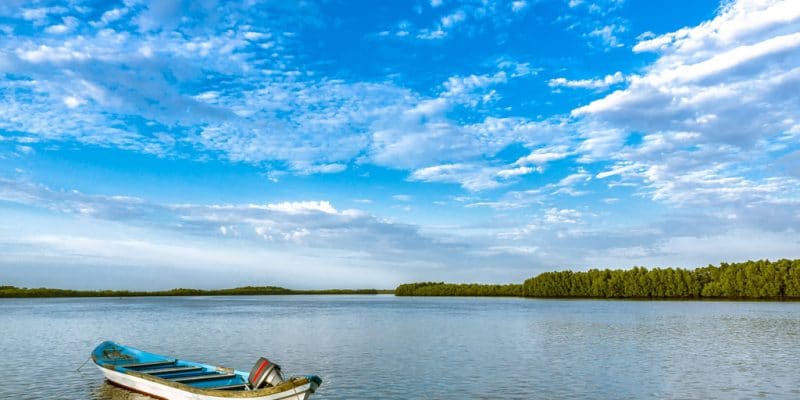 In Senegal, the Organization for the Development of the Senegal River (OMVS) was awarded the Hassan II Great World Water Prize at the opening of the 9th edition of the World Water Forum in the suburb of Diamniadio, 38 km from the capital Dakar. An award that promotes cooperation and good management in the development and use of water resources.

As it celebrates the fiftieth anniversary of its creation on March 11, 1972, the Organization for the Development of the Senegal River (OMVS) has just been nominated for the Nobel Peace Prize of 2022. This intergovernmental development organization bringing together Mauritania, Senegal, Mali and Guinea has won the Hassan II Great World Water Prize, on the side-lines of the 9th World Water Forum being held in the Senegalese capital Dakar since March 21, 2022.

The distinction of the OMVS given to its High Commissioner Hamed Diane Seméga by the Moroccan Minister of Equipment and Water is the symbol of water security for peace and sustainable development, the theme chosen for this edition. Because the OMVS “plays an exemplary role since it acts not only in favor of the realization of water security, food and energy of the great Senegal River Basin, but especially it promotes peace, prosperity and territorial development of its member countries,” says Nizar Baraka.

The 9th edition of the World Water Forum, which runs until March 26, 2022, brings together heads of state, decision-makers, experts and water professionals such as the French companies Suez or Vergnet Hydro, but also local authorities (Barthelemy Dias, the new mayor of Dakar) and civil society.

One resource, one prize

Created in 2002 and awarded for the first time at the 3rd World Water Forum in Kyoto, Japan in 2003, the Hassan II Great World Water Prize is a joint initiative of the Kingdom of Morocco and the World Water Council, in memory of the late King Hassan II for his actions in favor of international cooperation and the preservation of water resources (1961-1999). With the general theme of “cooperation and good management in the field of development and use of water resources”, it is awarded every three years to a person or institution impacting the development and use of water resources, whether scientific, economic, technical, environmental, social, institutional, cultural or political.

For its 6th edition in 2018, the Hassan II Great World Water Prize was awarded by the Government of Morocco to the Organization for Economic Cooperation and Development (OECD) during the 8th World Water Forum held in 2018 in Brazil on the theme “for more solidarity and inclusion to ensure water security and climate justice”.

The Organization for the Development of the Senegal River (OMVS) was created in 1972 with the objective of reducing the vulnerabilitý of the economies of the member states (Mauritania, Senegal, Mali and Guinea) to climatic hazards and external factors, preserving the equilibrium of the basin’s ecosystems, and contributing to the food self-sufficiency of the populations. With a length of 1,750 km, the Senegal River is the second largest river in West Africa after the Niger River and is characterized by its proximity to the Sahara Desert.

In fifty years of action, OMVS has built a number of structures that enable it to secure water for various uses, in particular the Diama, Manantali, Félou and Gouina dams, which are already contributing to food security through the development of irrigated agriculture, the reinforcement of access to drinking water for the populations, and the restoration of a sustainable river navigation over a distance of 900 km.

In addition to these infrastructures, there are other hydroelectric facilities to cover the electricity needs of member states, notably the Koukoutamba dam in Guinea. With an installed capacity of 294 MW, the facility will be the fourth and largest hydroelectric scheme built by OMVS, after those of Manantali (200 MW) and Gouina (140 MW, under construction) in Mali. The Koukoutamba development will include the dam, two 225 kV transmission lines and a 150 km access road. In 2019, OMVS signed a contract with the Chinese company Sinohydro to carry out the environmental and social impact studies for this project.