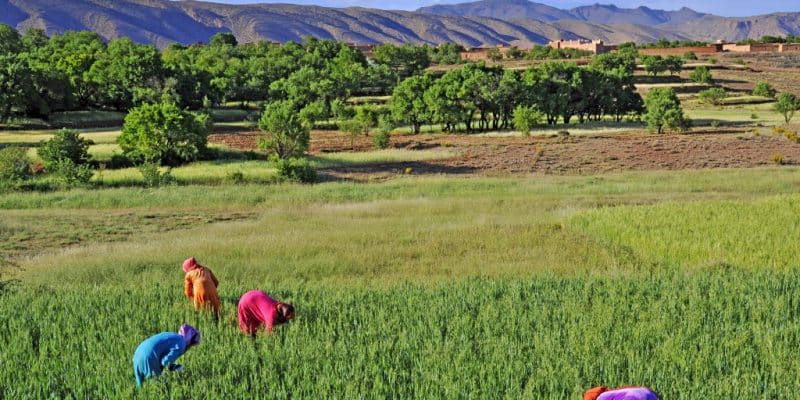 In Morocco, the European Bank for Reconstruction and Development (EBRD) is lending €25 million to the Banque Centrale Populaire (BCP) to finance green projects carried out by Moroccan small and medium-sized enterprises (SMEs). The initiative will contribute to the acceleration of sustainable development in the Kingdom, starting with the port city of Casablanca.

The European Bank for Reconstruction and Development (EBRD) wants to support the ecological transition in Morocco. It is in this context that it is granting 25 million euros (274.6 million Moroccan dirhams) to the Banque Centrale Populaire (BCP) with a view to financing green projects carried out by Moroccan small and medium-sized enterprises (SMEs). The funds were mobilised in partnership with the Green Climate Fund (GCF) and the European Union (EU).

The financing agreement was signed recently by Mohammed Kamal Mokdad, the general manager of BCP and Antoine Sallé de Chou, the EBRD’s director of operations in Morocco. The loan, which is part of the EBRD’s Green Economy Finance Facility (GEFF), will support investments in “climate change adaptation technologies,” says the London-based financial institution.

In Morocco, several commercial banks such as the Moroccan Bank for Commerce and Industry (BMCI), Crédit immobilier et hôtelier (CIH Bank) and Bank of Africa (a subsidiary of the Moroccan group BMCE) have already benefited from this financing facility. For BCP, it will also mean gradually training its 7,700 employees in green finance and sustainable development practices. “This facility will provide technical support to clients to promote women’s access to climate finance,” says the Casablanca-based group.

The BCP group is present in 32 countries through its subsidiaries, notably the Banque Atlantique which operates in countries such as Senegal, Cameroon and Togo. In these African countries as well as in Morocco, the EBRD is pursuing its “Green Cities” financing programme. In 2022, the European institution subscribed 400 million dirhams (36.5 million euros) in a bond issued by the municipality of Agadir for the reinforcement of public lighting with solar energy on Avenue Mohammed V and in Bensergao, the construction of a hydraulic structure on the Lghazoua wadi as well as the development of green spaces in the localities of Anza and Tikiouine.