Homepage » MOROCCO: EDF Renouvelables and Mitsui & Co get €140m for a wind farm in Taza

MOROCCO: EDF Renouvelables and Mitsui & Co get €140m for a wind farm in Taza 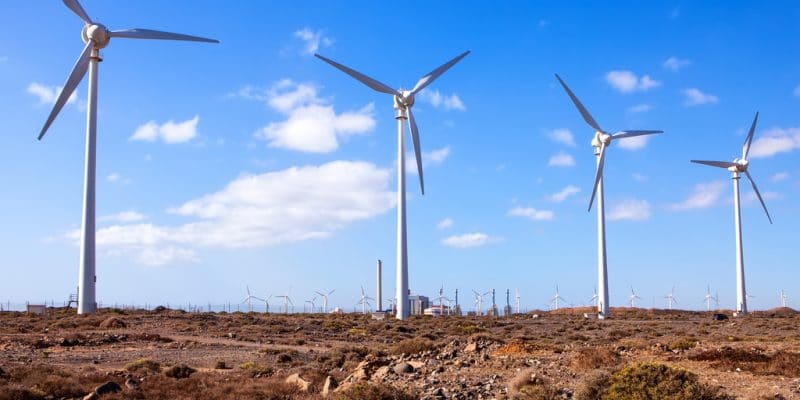 The consortium formed by EDF Renouvelables, the subsidiary of the giant Electricité de France (EDF), and the Japanese company Mitsui & Co, has just signed a €140 million financing agreement to launch the first phase (87 MW) of the Taza wind farm project in northern Morocco. The loan was granted by the Japan Bank for International Cooperation (JBIC), Nippon Export and Investment Insurance (Nexi), Sumitomo Mitsui Banking Corporation (SMBC), MUFG Bank and the Moroccan bank, Bank of Africa.

The first phase of the construction project of the Taza wind farm in the north of Morocco will start in September 2020. The project developers have entered into a 140 million euro financing agreement with the Japan Bank for International Cooperation (JBIC), Nippon Export and Investment Insurance (Nexi), Sumitomo Mitsui Banking Corporation (SMBC), MUFG Bank and the local Bank of Africa.

The Taza wind power project is being developed by a consortium formed by EDF Renouvelables, the subsidiary of the giant Electricité de France (EDF), and Mitsui & Co, a Japanese commodity trading company. The first phase of the wind farm will have a capacity of 87 MW. The electricity produced will be sold to the Office national de l’électricité et de l’eau potable (Onee) under a 20-year power sales agreement (PPA) between the consortium, Onee and the Moroccan Agency for Sustainable Energy (Masen).

“The partners EDF Renouvelables and Mitsui & Co. will represent 60% and 40% of the private interests in the project respectively. The Moroccan public part – represented by Onee, Masen and the Hassan II Fund, created in 2000 to support investment in the infrastructures and structuring projects of Morocco – will be able to hold up to 35% of the capital of the project company”, indicates EDF Renouvelables.

The first phase of construction of the Taza wind farm should be completed at the beginning of 2022. According to the consortium, the park’s electricity production will be equivalent to the annual electricity consumption of 350,000 people, or 70% of the population of Taza province. The project is part of the strategy of the Kingdom of Morocco which aims to increase the share of renewable energies in the electricity mix to 52% by 2030.