Homepage » MOROCCO: EBRD subscribes to a €36 million green bond for the municipality of Agadir

MOROCCO: EBRD subscribes to a €36 million green bond for the municipality of Agadir 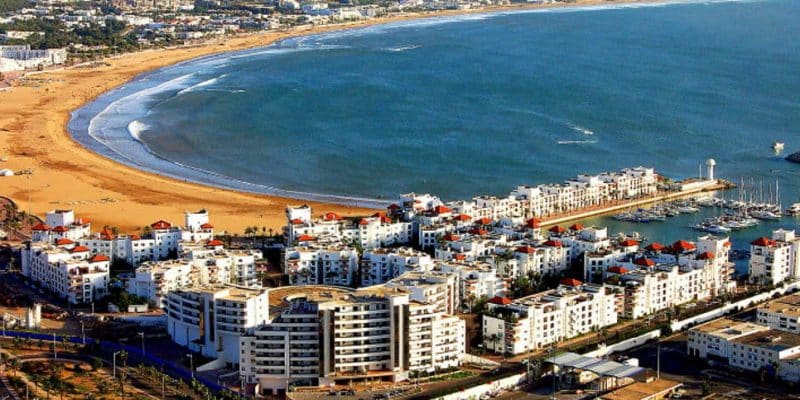 The European Bank for Reconstruction and Development (EBRD) has subscribed to a 400 million dirham (€36.5 million) bond issued by the municipality of Agadir in south-west Morocco as part of its "Green Cities" financing programme.

Agadir becomes the first Moroccan municipality to issue a green bond. The bond, with an initial value of 1 billion dirhams (€91.4 million), has been a great success thanks to a subscription by the European Bank for Reconstruction and Development (EBRD) for 400 million dirhams (€36.5 million).

The transaction will be used to finance the Urban Development Programme (UDP) implemented by the municipality of Agadir with the support of the Souss-Massa region. The initiative aims to build new green infrastructure to improve the living conditions of around 422,000 inhabitants.

The PDU includes the reinforcement of solar street lighting on Mohammed V Avenue and Bensergao (the entrance to the city), the construction of a hydraulic structure in Oued Lghazoua and the opening of the Ibn Zaidoun urban park, as well as the development of green spaces in the localities of Anza and Tikiouine. The work launched in 2020 was interrupted due to a lack of funding. This is why the Agadir authorities have issued a bond issue to national and international investors.

Technical support from the EBRD

“The investment will be accompanied by a technical cooperation component, financed by the High Impact Partnership on Climate Action (HIPCA). Agadir will then undertake to identify the priority environmental challenges it faces and the measures (investments and public policies) to be adopted to meet them,” the EBRD said.

Earlier in July 2022, a green bond worth one billion dirhams (the equivalent of 95.4 million euros) issued by Morocco’s Office National des Chemins de Fer (ONCF) was subscribed by the EBRD for 200 million dirhams (19.2 million euros). The proceeds of this operation will be used to finance the debt contracted by ONCF for the construction of Morocco’s first high-speed line with a maximum speed of 320 km/h. The train, called Al Boraq, will link Tangier and Casablanca, with stations in Larache, Kenitra and Rabat.