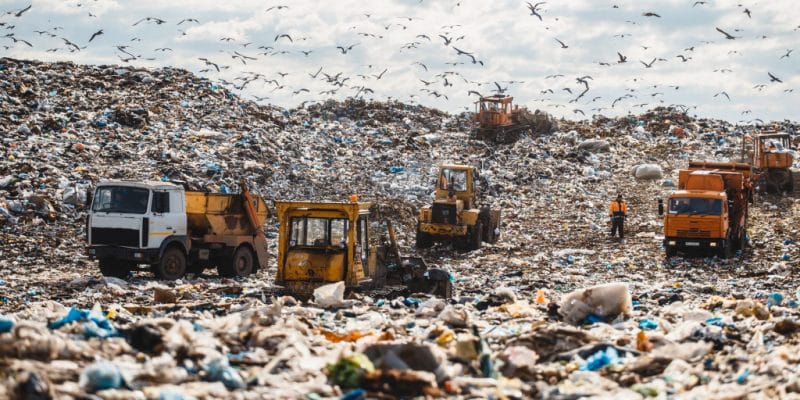 In Morocco, the port city of Casablanca will set up a landfill with a waste recovery and sorting centre on a 260-hectare plot of land being acquired by the municipal authorities. The installation will enable the most populous municipality in the Cherifian Kingdom to improve its waste management system.

Casablanca produces an average of 1.2 million tonnes of household waste per year. The local authorities will acquire 260 hectares of land in the locality of Médiouna for the treatment of municipal waste. This land will be used to set up a landfill. This facility, equipped with a waste recovery centre, will optimise collection and cleanliness services in this city of nearly 4 million inhabitants.

The project, for which construction work will start by 2023, will be implemented by the Casa Baia Local Development Company (SDL) at a total cost of 4 billion dirhams (nearly 378 million euros). The funds will be mobilised with the support of the Moroccan Ministry of the Interior.

“This is a more environmentally friendly approach to limit soil and groundwater pollution. The aim is to move towards the recovery of recyclable materials. Otherwise, burying will be limited to organic products. Other waste such as cardboard, paper and plastic will be recycled,” says the municipality.

In Casablanca, the delegated management of waste is provided since 2019 by Averda, a company based in the United Arab Emirates, and by the Moroccan family business Mecomar until 2026. Mecomar manages the waste of the districts of Anfa, Sidi Belyout, Maarif, Mers Sultan, Al Fida, Moulay Rchid and Ben Msik, while Averda handles the districts of Hay Hassani, Ain Chok, Roches noires, Hay Mohammadi, Sidi Bernoussi, and Ain Sebaa. Despite administrative concessions, notably the lump sum of 932 million Moroccan dirhams (85.6 million euros) paid each year by the municipality, the problem of the landfill is still present.

Read also:MOROCCO: Ozone to manage waste in Guelmin until October 2022

Equipped with a landfill basin covering an area of 11 hectares and a collection capacity of 4,000 tonnes of waste per day, the old Mediouna landfill, which is still operational despite its obsolescence, will be the subject of an international call for tenders with a view to its rehabilitation and conversion into a green space. According to the municipal authorities, the aim is to protect it from rainwater and thus avoid the pollution of surface and underground water.