Homepage » MOROCCO: AFD supports mobility in Casablanca with a €100M loan for the light rail sys

MOROCCO: AFD supports mobility in Casablanca with a €100M loan for the light rail sys 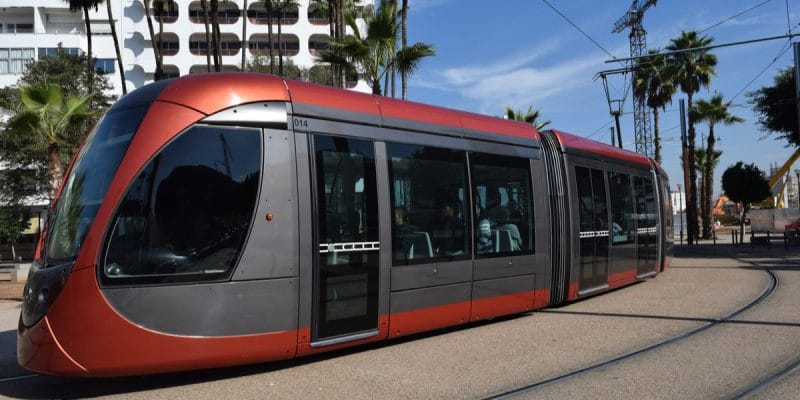 Two new tramway lines will be built in Casablanca, a metropolitan city in western Morocco. The necessary financing has just been granted to the company Casa Transports. It consists of a 100-million-euro loan combined with a technical assistance grant of 500 000 euros, all granted by the French Development Agency (AFD).

Agence Française de Développement (AFD) is supporting Morocco in the development of sustainable cities with efficient and low-carbon means of transport. On November 2nd, 2020 this approach led to the signature of a 100 million euro (1.1 billion dirhams) loan agreement combined with a 500 000 euro (5.5 million dirhams) technical assistance grant between the agency and Casa Transports, a local development company (SDL) set up in 2009 and responsible for the sustainable and inclusive development of public transport in Casablanca, Morocco’s economic capital.

The 100.5 million euros allocated by AFD will be used to build two new lines (T3 and T4) of the Casablanca tramway with a view to improving the mobility of city dwellers in a sustainable manner. “The implementation of lines T3 and T4 is an important step in the implementation of Casablanca’s urban transport plan, the long-term objective being to provide a quality public transport network that is as wide as possible and offers efficient intramodality with other modes of transport”, explains Nabil Belabed, Casa Transport’s Director General.

AFD and sustainable cities in Morocco

The challenge of the financing allocated to Casa Transport by AFD is above all the sustainability of the city. “Through this new agreement AFD is supporting Casa Transports in the implementation of an efficient and low-carbon transport system that will help provide access to public transport services to the greatest number of people and thus facilitate urban mobility and access to employment”, said Hélène Le Gal, France’s Ambassador to Morocco.

The financial and technical partnership between AFD and Casa Transport was launched in 2012. The first 23-million-euro financing was allocated to the construction of the first tramway line in the urban area. It was followed by a second financing of 30 million euros in 2017 for the construction of the second line. These loans were accompanied by subsidies of €1.3 million and €500,000 to finance strategic studies and technical assistance on the environmental and social aspects.

In addition to sustainable means of transport, AFD is also supporting Morocco in the construction of ecological cities. In 2019 AFD allocated a 150-million-euro loan for the construction of the Zenata eco-city being developed to the north-east of Casablanca.