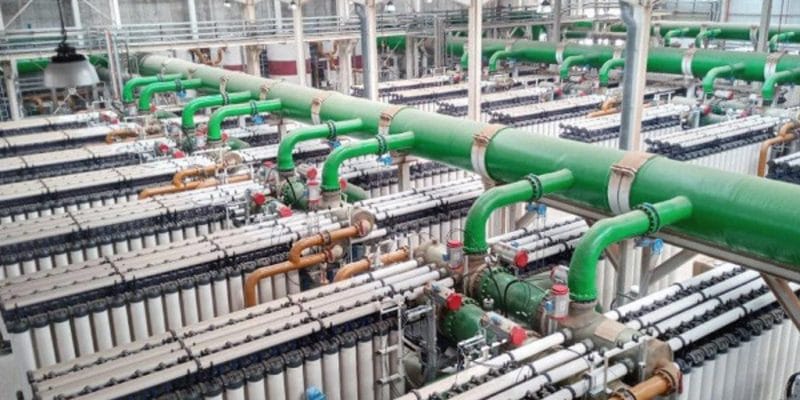 Spanish company Abengoa has announced the completion of the contractual tests for the Agadir desalination plant in Morocco. Built under a public-private partnership (PPP), the plant supplies water to Agadir and to irrigation systems in the Chtouka plain.

The Agadir desalination project has reached a new stage. The Spanish company Abengoa, which is developing the project, has announced the end of the contractual tests for this reverse osmosis plant, which has been operational in Morocco since the beginning of the year. Within the framework of this public-private partnership (PPP) project, Abengoa has built a desalination plant capable of supplying 275,000 m3 of drinking water per day.

In accordance with the PPP signed with the National Office of Electricity and Drinking Water (ONEE) and the Moroccan Ministry of Agriculture, Maritime Fishing, Rural Development and Water and Forests, the desalinated seawater is divided between the needs of the population of Greater Agadir (150,000 m3 per day) and the irrigation (125,000 m3) of thousands of hectares of agricultural land. These plantations are located in the Chtouka plain, a large market gardening area.

Abengoa’s specifications, drawn up in 2017, also included the construction of an irrigation network for an area of 15,000 hectares. According to the company headed by Joaquín Fernández de Piérola Marín, the capacity of its Agadir plant is expandable to 400,000 m3 per day. This is an important factor in view of the current needs of Morocco, which is affected by water stress.

Read also- MOROCCO: a call for tender for the studies of a water desalination project in the East

“Abengoa has completed the commissioning work on schedule, thanks to the efforts, dedication and professionalism of the project team, which has been able to meet and overcome major challenges, such as those related to the Covid-19 pandemic, among others. More than 2.4 million working hours have been completed without any accidents resulting in sick leave, thus achieving the highest levels of occupational risk prevention standards and compliance with the established health and safety objectives”, says the Seville, Spain-based company.

Abengoa will operate it for 30 years in order to make the facility profitable. Its construction required an investment of 4.41 billion Moroccan dirhams, more than 418 million euros. Abengoa financed the project with its local partner InfraMaroc, an investment fund launched by CDG Capital and supported by the Caisse de dépôt et de gestion (CDG) of Morocco.