Homepage » MOROCCO: a call for tender for the studies of a water desalination project in the East 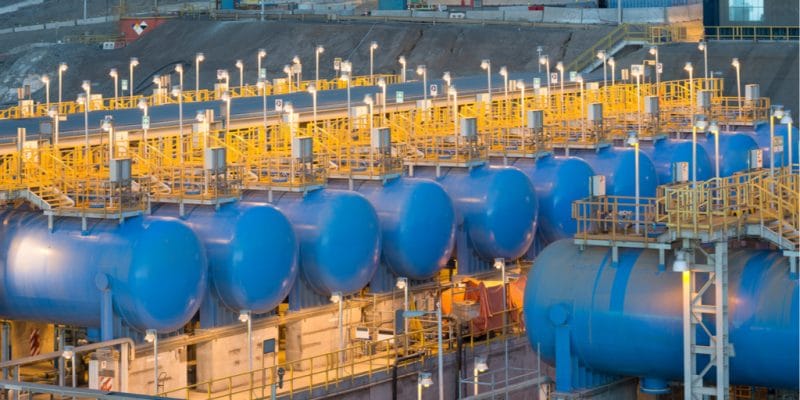 The Directorate of Research and Planning of the Moroccan Ministry of Equipment and Water is launching a call for expressions of interest for the execution of feasibility studies for a sea water desalination project in the Oriental region. Interested companies have less than a month to apply.

A seawater desalination plant will be built in the Oriental region of Morocco. The Moroccan government has chosen to locate the plant near the Nador-Driouech and Lower Moulouya areas. The project is now being put out to tender by the Directorate of Research and Planning of the Moroccan Ministry of Equipment and Water.

Companies interested in the call for expressions of interest have less than a month to submit their proposals. The opening of bids is scheduled to take place from 28 June 2022 in Rabat, the Moroccan capital. The successful company will sign a 15-month contract for feasibility studies on the project site. These studies have three components. Firstly, the technical study, which consists of determining the optimum project location and the study of the marine environment through bathymetric surveys, geophysical reconnaissance and sea bed soundings, as well as a characterisation of the quality of the sea water in the study area. The last axis concerns the environmental impact assessment (EIA).

The service provider will also have to assist and support the project owner from the preparation of the tender documents and the contractual documents to the signing of the public-private partnership (PPP) contract. The company selected to carry out the project studies will receive funding of 20.7 million Moroccan dirhams, or approximately 2 million euros.

Securing the water supply in the face of water stress

The future seawater desalination plant will be capable of supplying 100 million of m3 per day when it is commissioned. This capacity is expected to double over the following years. The water that will come out of the plant will be dedicated to both consumption and irrigation, respectively in the Nador-Driouech area and in the Lower Moulouya. Like several parts of the kingdom, these areas are facing drought. The phenomenon has led to a drastic decrease in the filling rate of dams, particularly the Mohammed V-Mechraa Hamadi dam complex, which is part of the Moulouya basin in the Oriental region.

This complex allows the supply of drinking water to the Nador-Zaio area and the Oriental area including Oujda, Taourirt, Berkane and associated localities, with an overall demand of about 147 million m3 of water per year by 2050. The complex also allows the irrigation of important agricultural perimeters of the Lower Moulouya.