Homepage » MOROCCO: 340 MW of wind turbines to be added to country’s energy capacity by 2019

MOROCCO: 340 MW of wind turbines to be added to country’s energy capacity by 2019 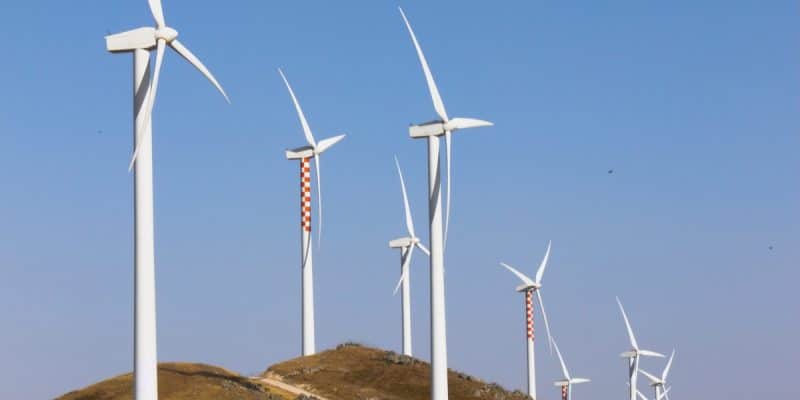 The Moroccan authorities have just carried out an evaluation of the integrated wind power programme. Three major wind farms, with a total capacity of 340 MW, will be delivered during the first half of 2019.

“An assessment of the implementation of the renewable energy strategy” is the only point of the meeting chaired by the King of Morocco, Mohammed VI, on Thursday, November 1, 2018 in Rabat, the capital. In the range of projects in progress or already delivered, which were presented to the sovereign, the Chairman of the Management Board of the Moroccan Sustainable Energy Agency (Masen), and the Director General of the National Office of Electricity and Drinking Water (Onee), reviewed the integrated wind power programme. Thus, new wind turbines will be operating in Moroccan airspace from the first half of 2019. This includes the completion of three projects, which are important elements in the puzzle of the Kingdom’s renewable energy programme.

The Mibladen and Amerssid wind farms, two municipalities in Midelt, a predominantly rural province in the north-east of the country, will both inject 180 megawatts. The installations, which required an investment of 2.5 billion dirhams, or 230.5 million euros, are supported by the Moroccan energy giant, Nareva, and the Italian group Enel Green Power.

Also in northeastern Morocco, the Taza project, with 50 wind turbines spread over 800 hectares of mainland, is being developed by EDF EN Maroc, which provides 60% of the investment (MAD2.41 billion, or approximately €221 million), the remaining 40% being carried by Mitsui (a Japanese raw materials trading company). Initially planned with a capacity of 150 megawatts, its launch will take place during the first phase on 100 megawatts.

The same year will also see the launch of the repowering (extension) project of the Koudia El – Baida wind farm. First wind power project developed in Morocco and put into operation in 2000 by Onee. The repowering project, designed to increase the park’s capacity from 50 to 120, will make it possible to take advantage of the latest technological advances in this field and improve the development of the wind energy field in the northern provinces of the Kingdom. This is a first in Africa. It is a project led by Onee and Theolia, an independent producer of wind power.

Moroccan installed capacity of 2000 MW of wind turbines by 2020

The opening of the Koudia El – Baida, Taza and Midelt wind farms will mark an important milestone in the completion of Morocco’s integrated wind power programme. Launched in June 2010, the programme, worth around €3.5 billion, focuses on the construction of new wind farms, which will increase installed wind power from the current 280 megawatts to 2000 megawatts by 2020.

The implementation of this large-scale programme will help to reduce Morocco’s energy imports (from 94% to less than 82% in 2030). In addition, 2.5 million tonnes of oil equivalent in fuel will be saved each year, avoiding the emission of nearly 9 million tonnes of carbon dioxide per year.