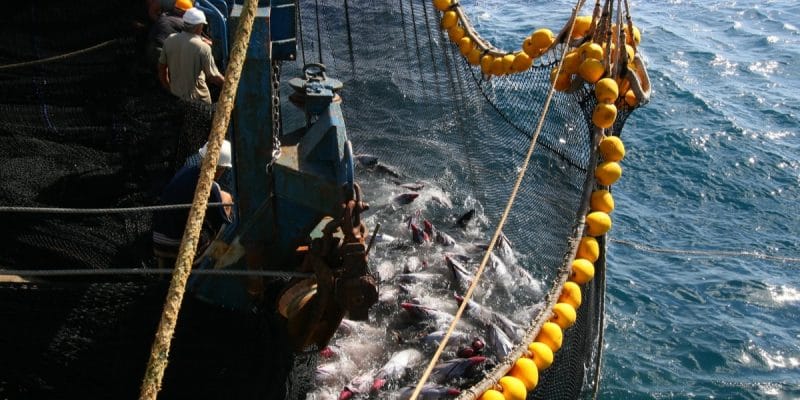 Some British and European supermarket chains no longer want to be complicit in the extermination of species in the Indian Ocean. As the main customers of the Mauritius-based fisheries, they are announcing their intention to boycott all tuna exports that will not be subject to a moratorium guaranteeing the sustainable management of fishery resources. In particular, the Mauritian government is called upon to introduce fishing quotas to preserve four tuna species already threatened with extinction.

Mauritius could be obliged to introduce responsible fishing in its maritime zone in order to continue exporting fish to the West. For the past month, some British and European supermarket chains, such as Tesco, Coop and Colruyt, have been calling for a boycott of tuna proposed by Mauritian fisheries, accusing the government of turning a deaf ear to calls by non-governmental organizations (NGOs) for the collapse of tuna stocks.

Environmental NGOs such as the World Wildlife Fund (WWF), Pew Charitable Trusts, and Greenpeace have been drawing attention to the overfishing of tuna in the Indian Ocean since 2016. The three main tropical tuna species that supply Indian Ocean canneries are most at risk of extinction. Among them, yellowfin tuna is clearly endangered. “The yellowfin tuna population is 94% overexploited. If the trend is not reversed, the point of no return could be reached as early as 2017,” warned the scientists advising the Indian Ocean Tuna Commission (IOTC). It is in response to this warning that supermarkets are threatening to boycott the fisheries in Mauritius if a moratorium on the sustainable management of the resource is not signed by the Indian Ocean Tuna Commission.

The threat of a boycott of irresponsible fishing products from the Indian Ocean is not just a threat to Mauritius. This is why the Réunionese Inter-professional Association of Fisheries and Aquaculture (ARIPA) has reacted to this threat by trying to set the record straight. According to this association, the fishing activity denounced by the NGOs is that practiced by industrial tuna seiners, 90-metre-long vessels, of which there are 70 in the Indian Ocean, whose drifting fish aggregating devices (FADs) and large seine nets give no chance to the marine fauna by picking up the animals indiscriminately. A single tuna seiner catches an average of 6,000 tons of fish per year, almost double the local Réunionese fishery, estimated at 3,500 tons per year.

Using line and hook as the only technique for catching migratory pelagic species in the Indian Ocean, local fishermen on Reunion Island, as well as those in Mayotte, Mauritius, the Seychelles, Madagascar and the Comoros, had already drawn their governments’ attention to the challenges of sustainability of fisheries resources, on which their survival depends.

To safeguard the Indian Ocean’s fishery resource, local fishermen, NGOs and now some supermarket chains are demanding the establishment of quotas, the banning of drifting FADs and the closure of fishing zones. Expectations that could be discussed at the next session of the Indian Ocean Tuna Commission, scheduled for 2-6 November 2020.