Homepage » MALI : Thanks to Enabel, Vergnet and Seeba supply water to 10,000 people in Koulikoro 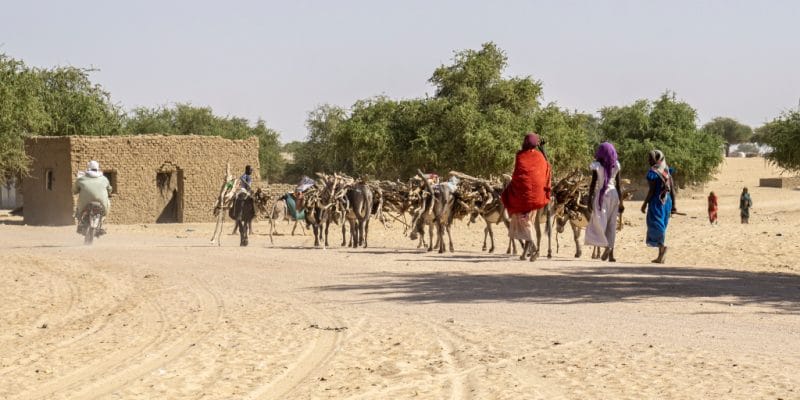 In Mali, the French company Vergnet Hydro and the Sahelienne de l'eau, de l'énergie et du bâtiment (Seeba) have won a contract to supply drinking water to 10,000 people in the Koulikoro district. The work is entirely financed by Belgium.

Vergnet Hydro wins a new contract in Mali. The company based in Ingré (France) has won a contract worth 656 million CFA francs (1 million euros) to supply drinking water to 10,000 people in the Koulikoro region in central Mali. The French company has joined forces with the Bamako-based company Sahélienne de l’eau, de l’énergie et du bâtiment (Seeba) to respond to the call for tenders issued by the Belgian Development Agency (ENABEL).

The new contract covers the construction of four solar-powered drinking water supply systems in the councils of Kemekafo, N’Diondougou, Kaladougou and Banco. These facilities will consist of boreholes, water towers with capacities ranging from 50 to 90 m3 and 45 community standpipes. Vergnet and its partner also plan to install four chlorination systems.

The water and sanitation project component

The four solar photovoltaic systems that will power the WSS will have a combined capacity of over 32 kWp and will be supported by four generators. The drinking water production sites will be secured by four solar street lights. “This first contract owes much to the experience of the Vergnet Hydro/Seeba duo, which has already installed and rehabilitated 36 collective water distribution points in the regions of Koulikoro and Sikasso in 2020 and 27 collective water distribution points in the region of Gao in 2019,” says Najib Benazouz, Vergnet Hydro’s business manager.

In the new contract, Vergnet will supply equipment to Seeba, which will be responsible for construction. The facilities are being installed as part of the Koulikoro Region Access to Drinking Water and Sanitation Project (PEPAK) 2018-2023, which aims to improve access to drinking water and sanitation for people in the city of Koulikoro, including in semi-urban and rural areas.

The impact of the project in Koulikoro

The project, which will require a total investment of 14 million euros, is crucial for Koulikoro. More than a third of the region’s population still lacks access to safe drinking water, and sanitation rates are around 35% in urban areas and 14% in rural areas, according to Enabel.

The Belgian development finance institution intends to finance the construction of 13 water supply systems, as well as access to sanitation through the construction of community facilities and the development of the sewage sludge treatment system. Specifically, this involves the construction and management of community latrines in 13 secondary centers and 13 public latrines in the Koulikoro region. PEPAK will also provide the region with a treatment plant for faecal sludge. This material will be used, in particular as fertilizer for agriculture.