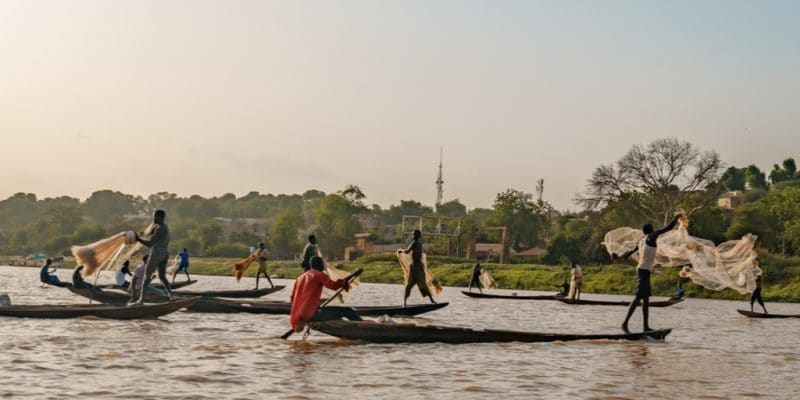 The Malian part of the Integrated Programme for Development and Adaptation to Climate Change in the Niger Basin (Pidacc/BN) has been launched in Bamako. The project is supported by several development partners.

How can food insecurity be tackled while protecting the environment in the Malian part of the Niger River Basin? It is the question that seeks to answer the Integrated Programme for Development and Adaptation to Climate Change in the Niger Basin (Pidacc/BN) which was launched on February 4, 2020 in Bamako, the capital of Mali. The integrated programme is implemented by the Niger Basin Authority (NBA).

The NBA is made up of the nine countries of the Niger Basin. They are Benin, Burkina Faso, Chad, Ivory Coast, Guinea, Niger, Nigeria, Mali and Cameroon. In Mali, the authorities have raised almost 14 billion CFA francs (more than 21 million euros) from the African Development Bank (AfDB), the West African Economic and Monetary Union (Uemoa), the African Water Facility (AWF) and the Infrastructure Consortium for Africa (ICA). The funds are intended to finance the Malian part of the Pidacc/BN.

In Mali, Pidacc/BN will enable the development of the resilience of resources and ecosystems as well as populations. The Malian government also intends to integrate gender issues into the environmental protection of the Niger River Basin. For women are involved in many activities in the Niger Basin, particularly in the agricultural sector. Pidacc/BN-Mali will impact the cities of Koulikoro, Sikasso, Segou, Mopti, Timbuktu and Gao.

With the aim of protecting the lands of the Niger Basin from erosion, Pidacc/BN will enable the development of agroforestry and the stabilisation of sand dunes, especially in a country with an arid climate such as Mali. The government will also carry out water and soil conservation works to restore degraded land. Mechanical and biological treatment works will also be carried out in ravines. To ensure the

sustainability of fishery resources in the rivers of the Niger Basin, spawning grounds and wetlands will be rehabilitated.

The Malian government estimates that Integrated Programme for Development and Adaptation to Climate Change in the Niger Basin Pidacc/BN-Mali will benefit 3.5 million people in the 6 regions concerned. For the AfDB, the entire programme will directly benefit about 4 million small producers in the nine countries of the Niger Basin, 51% of whom are women.