Homepage » MALAWI: Berlin finances the restoration of 5,000 hectares of forest in Ntcheu

MALAWI: Berlin finances the restoration of 5,000 hectares of forest in Ntcheu 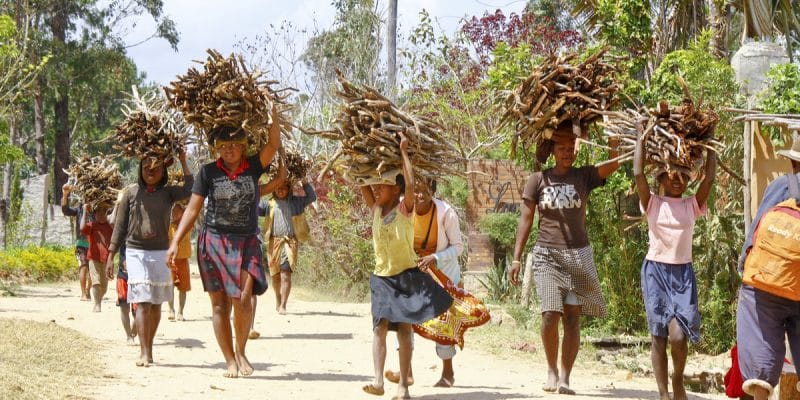 Nearly 5,000 hectares of degraded forest will be restored in the Ntcheu district of central Malawi. This is one of the objectives of the large-scale Forest and Landscape Restoration Facility (FLR), set up by the Food and Agriculture Organization of the United Nations (FAO), with funding from the Federal Republic of Germany. The RFP operates in central Malawi, which is considered to be the "cauldron of deforestation".

The Ntcheu District in central Malawi is now on the road to regaining its forest cover. The community is benefiting from the large-scale Forest and Landscape Restoration (FLR) mechanism. The project aims to restore 5,000 hectares of degraded land through direct interventions. In addition to the economic, ecological and climatic benefits of this initiative, there is the improved management of 25,000 hectares of degraded forest landscape in central Malawi.

Malawi is experiencing accelerated deforestation, with an estimated annual rate of 2.4%, triple the African average. In 20 years (1972-1992), Malawi’s forest cover was reduced by 57%. This drastic reduction in forest cover is particularly evident in the ‘customary’ forest lands (47% of Malawi’s forest area) in central and southern Malawi, which are owned by traditional leaders who allocate them according to customary use. Unlike forest reserves, national parks and wildlife sanctuaries, which are relatively well protected, customary forests are being encroached upon by the expansion of subsistence agriculture and the search for fuelwood. According to official figures, almost 97% of households in Malawi rely on wood or charcoal for cooking and heating. Even in urban areas, 54% of households use charcoal for cooking.

The RFP, a USD 3.3 million project

The loss of customary woodlands in Malawi directly threatens people’s livelihoods and income generation opportunities, as well as the wood energy supplies of rural and urban residents.

This is where the RFP comes in. The project, which runs from 2021 to 2024, is financed with USD 3.3 million by the German government via the International Climate Initiative (IKI), a structure attached to the German Ministry for the Environment, Nature Conservation and Nuclear Safety. The project is coordinated by the Food and Agriculture Organization of the United Nations (FAO), which has been jointly appointed by the governments of Germany and Malawi.

Read also-AFRICA: Concepts at the heart of the debate on biodiversity

The RFP is part of a larger programme also being implemented in Cameroon, Kenya and Rwanda. In Malawi, it contributes to the government’s ambitious goal of restoring 4.5 million hectares (almost half of the country’s land area) as part of the AFR100 initiative (to reforest 100 million hectares of deforested and degraded land in Africa by 2030) and the Bonn Challenge (to enable the reforestation of 350 million hectares globally by 2030).