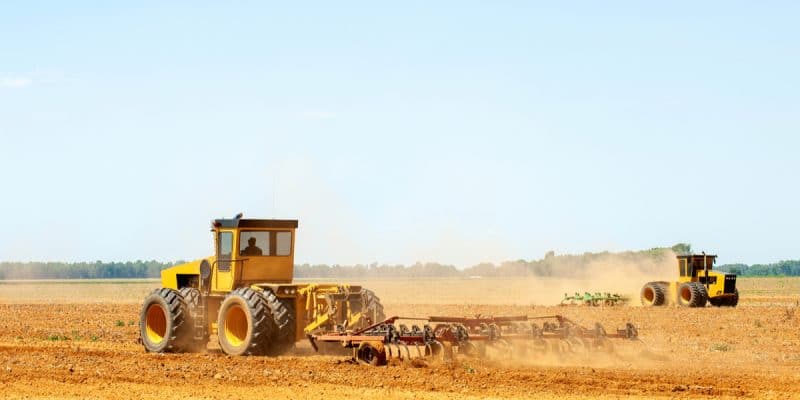 CRAAD-OI and Collectif TANY oppose the occupation of 60,000 hectares of Madagascan land by the agricultural company, Elite Agro LLC. Not being in control of all the details of the contract between the government and the foreign company, the two land defence platforms fear a confiscation of farmers' land and an environmental disaster.

The TANY collective and CRAAD OI, two platforms engaged in land defence, are categorically opposed to Elite Agro LLC’s agricultural project in Bas Mangoky, a landlocked area in southwestern Madagascar. These two Malagasy organisations expressed their fears in a joint communiqué issued on February 2, 2020. The provision of 60,000 hectares of land, for the benefit of Elite Agro LLC, “constitutes a danger both for farmers’ access to huge areas of land for decades and for the environment, as we know, nothing about the production methods that will be used (genetically modified organisms-GMOs, chemical fertilisers, pesticides…)” according to the NGOs.

The dispute surrounding this agricultural project comes the day after its approval by the Council of Ministers on January 16, 2020. It was on this occasion that the Madagascan public became aware of the outlines of the memorandum of understanding signed between the state and Elite Agro LLC, an agricultural company based in Abu Dhabi in the United Arab Emirates.

The Emirati industrial group would take charge of all the necessary equipment and logistics and would pay the salaries of the people who would work on the farm for a period of 30 years. The planned annual production is 350 000 tonnes of rice, 200 000 tonnes of maize and 150 000 tonnes of wheat initially, but in time it is expected to reach 240 000, 300 000 tonnes of soya, 20 000 tonnes of cape peas and 30 000 tonnes of groundnuts. All this production will be purchased by the state, at a price not yet specified, to supply both the local market (food self-sufficiency) and the rest of the East African sub-region. The agreement also provides for the signing of a final contract at the end of the one-year test phase.

The State reassures in vain

As a result of the dispute that erupted following the announcement of this project, the President of the Republic of Madagascar gave a press briefing on 20 January. “We will benefit more from it, because it will allow us to stop importing and therefore no longer pay transport costs,” explained Andry Rajoelina.

However, these explanations did not reassure the CRAAD-OI and Collectif TANY platforms, which denounce the lack of transparency of the authorities regarding the partnership between the state and a company from the United Arab Emirates. “We strongly contest the strategy adopted by the leaders to rely mainly on investors and large groups from all over the world to cultivate the land in Madagascar, instead of developing the country’s vital forces by further multiplying the accompanying measures for peasantry and local entrepreneurship”.

In Madagascar, where 70% of the population is rural, land is a sacred element, often the source of strong emotions.

A similar case already hit the headlines in 2009. The “Daewoo case”, named after a South Korean company, Daewoo Logistics, which had concluded a large agricultural project with the government. The project was to cover 1.3 million hectares of land, half the size of Belgium, dedicated to the production of palm oil and maize. But the opponents of this project had won their case. The surge of protests that followed contributed to the overthrow of the government in March 2009, forcing the South Korean company to withdraw its project.