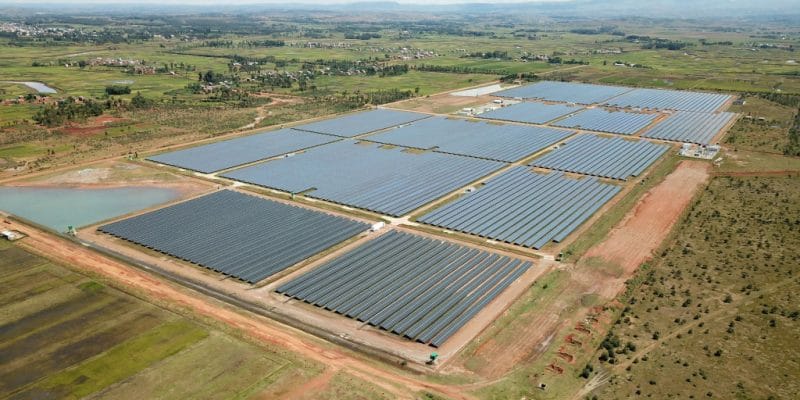 The French company GreenYellow, a subsidiary of the Casino Group, has announced the completion of the extension of the Ambatolampy solar power plant. This installation is the result of a partnership between this independent electricity producer (IPP) and the Malagasy group Axian.

That’s it! The extension of the Ambatolampy solar power plant has been completed. And the new unit has already started to inject electricity into the national grid of Madagascar. This is according to the independent power producer (IPP) GreenYellow. The subsidiary of the French Casino Group has implemented the project in partnership with the Axian Group.

The facility, located 65 km from the capital Tananarive, now has a capacity of 40 MWp, compared to 20 MWp before the expansion work began in June 2021. The Ambatolampy solar photovoltaic plant is operated by GreenYellow Madagascar. The special purpose company is 49% owned by GreenYellow, with the remaining 51% being owned by Madagascar’s Axian Group.

The two partners have also agreed to install a 5 MWh battery storage system to stabilize the grid of Jirama, the Malagasy utility company that buys the output of the Ambatolampy solar plant.

GreenYellow and Axian Group have invested €17 million in the entire expansion project. The two partners are supported by the French commercial bank Société Générale, GuarantCo, the guarantee arm of the Private Infrastructure Development Group (PIDG), and the African Guarantee Fund.

The completion of this project increases GreenYellow’s installed capacity in Madagascar. A few weeks ago, the company led by Otmane Hajji commissioned a solar power plant in Morondava, in a joint venture with the Axian Group. The facility, which has a capacity of 1.4 MWp, supplies households and businesses in the Menabe region.