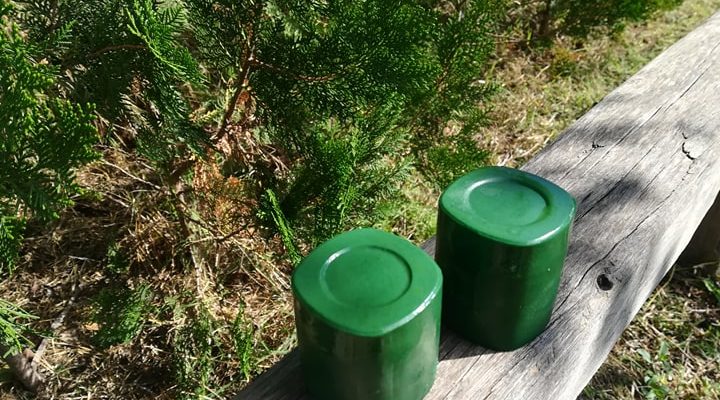 The social enterprise Green'N'Kool has recently launched Alt. Soap, an eco-responsible soap made from used edible oil, which is usually thrown down the drain. The sale of the product is based on a principle of solidarity. An Alt. Soap purchased is equivalent to a soap offered to the poorest, plus an investment in the development of the soap prototype in gel form, which does not require rinsing with water.

Madagascar is not lacking in ingenuity in the face of the Coronavirus pandemic. After having proposed Covid-Organics, a remedy based on local medicinal plants capable, according to the government, of preventing and curing sick patients of the new coronavirus, the big island, whose epidemiological balance sheet showed no deaths, but with 121 cases of contamination, 39 of which had been cured by April 27, 2020, is once again the scene of an anti-Covid-19 solution.

The anti-covid-19 weapon is called Alt.Soap, an 80-gram soap, green in colour and with a cylindrical shape resulting from the fact that it is moulded into yoghurt pots. It is mainly an ecological soap because it is made from used edible oil, which is usually dumped down the drain.

Alt.Soap is produced by Green’N’Kool, an association and social enterprise based in Nosy Be, an island off the northwest coast of Madagascar. The company collects the oil from restaurants in the town. The oil is then treated with non-chemical products and passed through a centrifuge, where it is mixed with soda. One litre of oil can be used to make about 20 soaps. “With the coronavirus, washing your hands with soap has become a necessity, but it is not accessible to everyone. We have therefore imagined a soap based on used edible oil, the main source of water pollution in the Malagasy capital Antananarivo,” explained Marie-Christina Kolo, the founder of Green’N’Kool.

Soon, soaps in gel form, to get around the shortage of drinking water in Madagascar

The Green’N’Kool association markets its soap through a strategy based on solidarity and the financing of its next prototype. For an Alt.Soap purchased is also equivalent to a soap offered to the most disadvantaged, as well as an investment in the development of a soap prototype in gel form that will not require rinsing with water.

The project to develop a washing foam, which does not require rinsing, aims to overcome the lack of drinking water faced by the people of Madagascar. According to a study published in 2017 by the Madagascan Ministry of Water, Sanitation and Hygiene (Meah), the rate of access to drinking water in this East African country is close to 30% to 35%. While in Antananarivo, three out of four people do not have access to water, according to UNICEF.

While waiting for the completion of its next prototype to stop Covid-19, the Green’N’Kool association is already receiving awards for its ecological soap. The Alt.Soap project came in 5th place at the Global Hack, which took place from April 9 to 12, 2020 online. The Global Hackathon, which brought together more than 1,000 projects from some 60 countries, consisted of finding solutions for the world “after Covid-19” in 48 hours.