MADAGASCAR: AfDB finances the reinforcement of the electricity transmission network 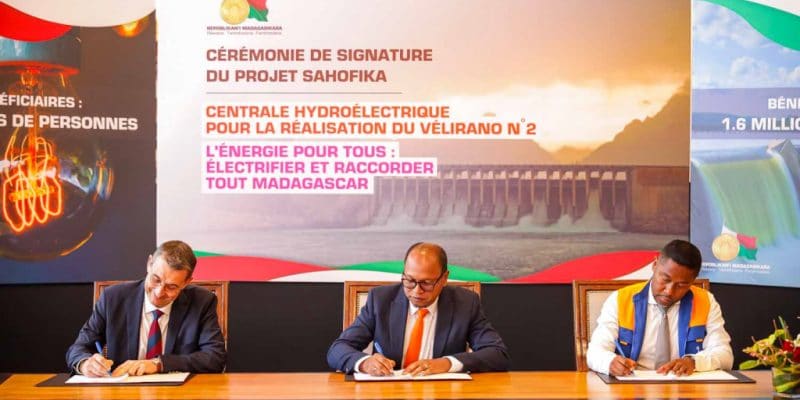 The African Development Bank (AfDB) has signed a €36.48 million loan agreement with the Malagasy government. The financing will enable the strengthening of electricity transmission networks with a view to integrating clean energy and accelerating electrification.

The €36.48 million loan agreement was initialled on the side-lines of the signing of a power purchase agreement (PPA) between the Themis-Eiffage-Eranove consortium and the Malagasy authorities. The consortium is implementing the Sahofika hydroelectric project, 100 kilometres southeast of the capital Tananarive. The financing committed by the African Development Bank (AfDB) is linked to this renewable energy project. The loan will be used by the Malagasy government to implement the second phase of the Project for the Reinforcement and Interconnection of Electricity Transmission Networks in Madagascar (PRIRTEM).

This project focuses on the construction of a 220 kV double-circuit power line with a capacity of 300 MW between Tananarive and Toamasina, and the electrification of two localities adjacent to the same line. The new Antananarivo-Toamasina interconnection line will run for the most part along National Road 2 (RN2) between Tamatave 2 (near Toamasina) and Ambohibary. The line will also use the corridors of existing transmission lines between 138 and 63 kV. It will cross several localities where it is planned to build four transformer stations to supply the populations in the surrounding localities.

Impact on the Sahofika hydroelectric project

The new power transmission infrastructure will be 268 km long. “This power line, which will cross the Analamanga and Vakinankaratra regions, will allow the transmission of electricity produced by the future Sahofika hydroelectric power plant. It should also facilitate the exchange of electricity between the country’s interconnected networks,” says the AfDB.

Also supported by the AfDB, the Sahofika hydropower scheme is being implemented under a public-private partnership (PPP). The project will result in the construction of a main dam on the Onive River with a height of 60 m and forming a reservoir over an area of 8.9 km², as well as an underground gallery, i.e. a 4.2 km long feeder tunnel. This will be followed by a 2 km long penstock to the hydroelectric power plant, located 6.5 km downstream. The water will then turn the turbines which will be able to produce 205 MW.

The PRIRTEM is therefore necessary for the evacuation of the electricity produced at Sahofika. Eventually, according to the Malagasy government’s forecasts, Phase II of the project should help increase the national rate of access to electricity to 30%. PRIRTEM aims to reach more than 42,000 new beneficiaries of the electricity network, including the private sector and public utilities, and to create more than 300 direct jobs, 30% of which will be for women. The project is valued at 101 million euros and is co-financed by the European Investment Bank (EIB) and the Opec Fund for International Development (OFID).