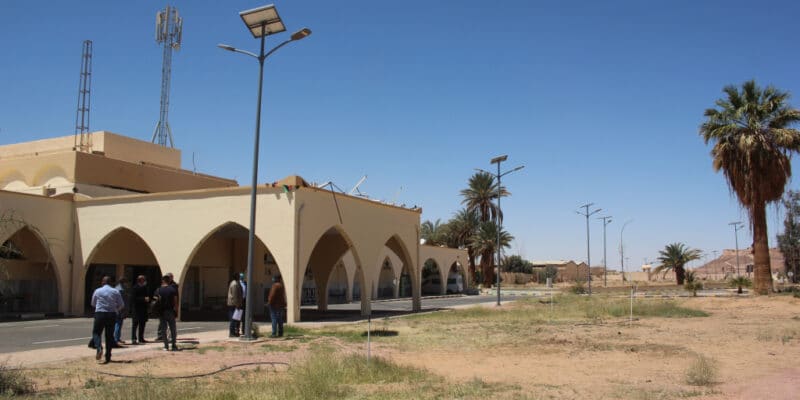 The United Nations Development Programme (UNDP) has just completed the first phase of a major solar street lighting project in Libya. A total of 284 solar-powered street lamps were inaugurated at Sebha airport in the centre of the country.

Libya is in the news again. But this time it’s for good news, because Sebha airport is now lit with solar energy. This has been made possible by the United Nations Development Programme (UNDP), which has inaugurated the first phase of a street lighting project that will see the installation of 1,070 solar-powered street lights along at least 10 km from the airport to Sebha town centre.

The first phase of the project, which has been successfully completed, has seen the installation of 284 solar street lights. This installation covers the courtyards, car parks, internal roads of Sebha airport and two other segments of the road linking the airport to the city centre. The street lighting project is part of the Stabilisation Facility for Libya (SFL). This initiative, supported by international donors and implemented by UNDP, was put in place to rehabilitate war-affected utilities such as electricity, water and sanitation systems, as well as health facilities and other infrastructure, in order to alleviate the suffering of people affected by the political instability in Libya.

According to UNDP, the 284 solar street lights installed in the first phase of the project will provide light to the people living near the airport after power outages, allowing them to continue their activities after dark. The solar street lights will serve more than 7,000 travellers arriving and departing from Sebha Airport on a daily basis. 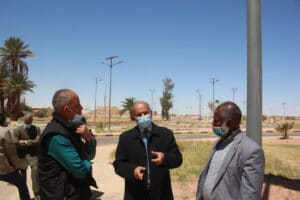 “Sebha Airport used to be a lonely and scary place, completely dark. Today, agents can work until late at night in complete safety. We have an average of ten commercial flights per week and this will increase to 16 flights per week from April 2021,” explains Mohamed Wahida, the director of Sebha Airport. According to UNDP, the success of this solar street lighting project contributes to the achievement of the 2030 Agenda for Sustainable Development and of MDG7 (clean and affordable energy). The project is also improving security and reducing crime, facilitating economic activities, thus strengthening social cohesion in Libya.