LIBERIA: Work to supply water to the White Plains plant will soon begin. 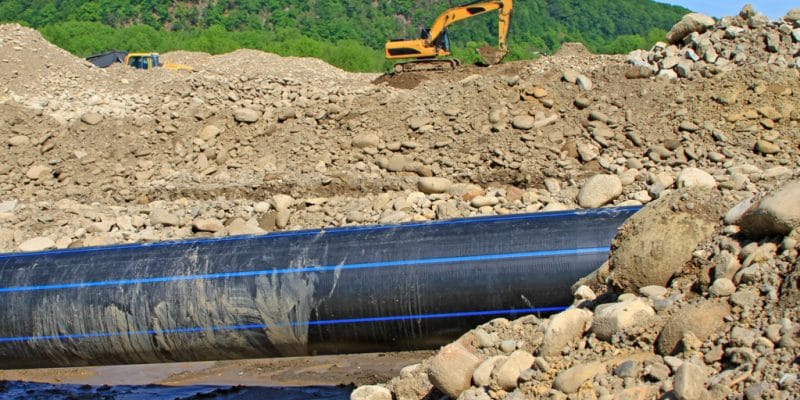 In Liberia, work to install a new water pipe between the Mount Coffee dam and the White Plains drinking water plant will begin in November 2019. They require an investment of $18 million.

The Monrovia drinking water project is on track. The crucial phase of the project begins on November 1, 2019. This involves laying a new pipeline between the Mount Coffee dam and the White Plains drinking water plant in Montserrado County, western Liberia.

The Mount Coffee Dam is built on the St. Paul River, which originates in Guinea before crossing the Liberian border. Initially, the dam was intended for electricity production, thanks to a power plant with a capacity of 64 MW. A water intake was also built in the reservoir. The water then followed a 5 km pipe to the treatment plant in White Plains.

But the pipe was damaged during the civil war that shook Liberia in the 1990s. However, despite rehabilitation work, the leaks could not be stopped and are still causing water shortages in the city of Monrovia and surrounding areas. The current project being carried out by the state-owned Liberia Water and Sewer Corporation (LWSC) aims to completely replace the pipe. According to the company, the new pipe will follow the old route with some deviations.

LWSC is implementing this project with an $18 million grant from the Millennium Challenge Account (MCA), a bilateral development fund of the US government. Overall, the Monrovia drinking water project will also rehabilitate the White Plains water treatment plant. This phase of the project is being carried out by the African Development Bank (AfDB), which financed the purchase of spare parts for the drinking water plant.

LIBERIA: Monrovia to receive $50m from US for water and sanitation