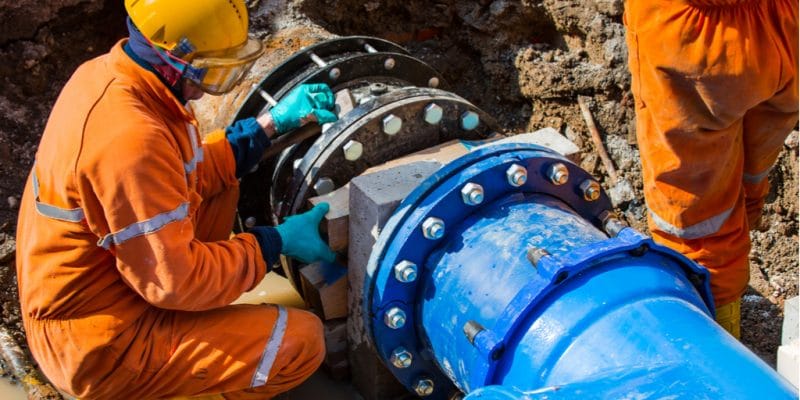 Millennium Challenge Account (MCA) will finance the Liberia Water and Sewer Corporation (LWSC) water project, the state-owned company responsible for water management. This involves the installation of a water pipe to supply the capital Monrovia.

Liberia Water and Sewer Corporation (LWSC), the state-owned water management company, will rehabilitate the pipeline that supplies the White Plains drinking water plant in Louisiana, Montserrado County, in the western part of the country. Millennium Challenge Account (MCA), a bilateral development fund of the US government will support the project. Monie R. Captan, CEO of MCA Liberia, and Duannah A. Kamara, Executive Director of LWSC, signed an $18 million project grant agreement in Monrovia.

The pipe that LWSC will rehabilitate was built in 1990, and shows signs of obsolescence. The poor state of the infrastructure is impacting the supply of drinking water to nearly one million people living in Monrovia. The company will therefore install a pipeline of nearly 5 km. The company says it will follow the old route, with a few deviations. The more than one metre in diameter pipe will carry the water pumped from the Mount Coffee Dam, which is also used to generate electricity. The plant was rehabilitated in 2016, after being severely affected during the civil war in Liberia in 1990.

The water will first pass through the White Plains treatment plant, before reaching households in Monrovia. The plant was built in 1957 with funding from the United States. With the support of many development partners, it was expanded in 1970. At that time, it provided 68,100 m³ of drinking water per day to the people of Monrovia. The 1990 conflict destroyed that capacity and the installation remained damaged for a long time without any repair being considered. In 2009, the drinking water plant provided only 7,600 m³ per day, leaving some of the population in a vulnerable situation.

The pipe repair could reach the 1970 level, as the Mount Coffee Dam has returned to its pre-war level with a 28 m high reservoir. In addition, the plant depends on electricity generated at Mount Coffee to operate. The hydroelectric power plant was rehabilitated at the same time as the dam in 2016.