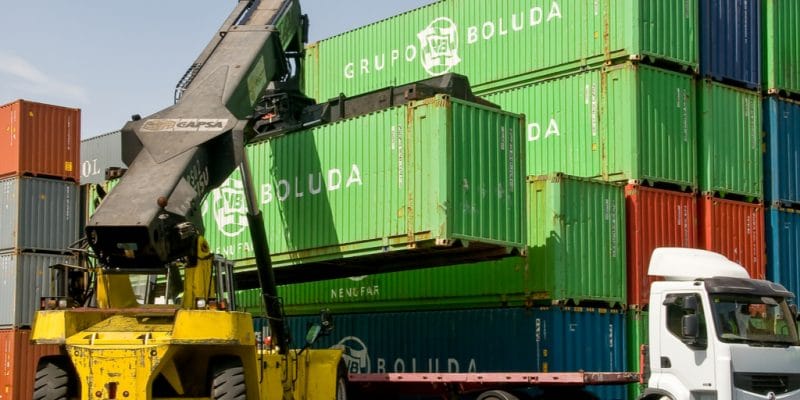 The authorities of the Environmental Protection Agency of Liberia (EPA) have ordered the sending back of four containers. The shipment from Greece had been smuggled into Liberia, containing chemical waste harmful to health and the environment.

Liberia refuses to become a dumping ground for toxic waste produced by developed countries. On the 2nd of January 2020, the anti-smuggling unit at the port of Monrovia quarantined four 40-foot containers. This was after finding that an unusual and foul-smelling odour was emanating from the containers, which had been smuggled into Liberia from Greece by Republic Waste Services, a US waste management company.

Suspicions by the port authorities will soon be confirmed by Liberia’s Environmental Protection Agency (EPA). At a press conference on January 10, 2020, in the capital Monrovia, the EPA stated that an analysis of samples found that the four containers were filled with toxic waste. The tests confirmed, among others, the presence of three hazardous organic compounds: 1-butane, 1-hexane and 1-octene. These are wastes whose recycling is prohibited in Greece because of their danger to the environment and human health.

In accordance with Article 55-1 of the Environmental Protection and Management Law (EMPL) of Liberia, which prohibits the illegal import of any hazardous waste or substance into Liberia, the EPA ordered with immediate effect, the repatriation of the four containers to their consignor (Stayropoulou Dimitra) in Greece. “In our opinion, the shipper was looking for a safe dumping ground under the pretext of selling recyclable materials. Unfortunately, the dump in this case was Liberia,” said EPA Director General Dr. Blama.

Many developed countries advocate a circular economy, recycling their waste. However, when it comes to toxic waste, it is most often exported. Apart from Asia, their destination is also Africa. The continent is therefore submerged in waste. Uncontrolled dumps are appearing and several countries, including Ethiopia, Congo, Burkina Faso, Mozambique, Mali and Niger, see their dumps overflowing with household waste, but also with toxic materials or electronic equipment from developed countries.

The case of the Probo Koala, a cargo ship chartered by the multinational Trafigura, is a perfect illustration of this. In 2006, the ship’s toxic cargo from Panama, carrying several tonnes of toxic waste, had dumped its deadly cargo in Abidjan-Ivory Coast, officially causing 17 deaths and 43,000 intoxication cases.

A disaster that could have been avoided if only international agreements on waste trafficking were respected. Such is the case with the Basel Convention, which came into force in 1992. It prohibits the import and disposal of hazardous waste from industralised countries to developing countries. This international treaty establishes a procedure that includes strict requirements and requires the consent of the receiving country for any transboundary movement of hazardous waste.