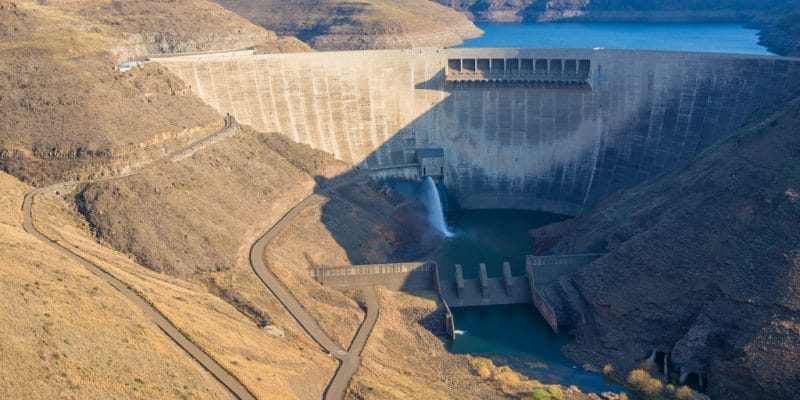 The Polihali Dam construction project has been initiated in Lesotho. It is part of Phase II of the Lesotho Highlands Water Supply Project.

The Polihali Dam construction project is now on track. The launch of the project was the subject of a ceremony that brought together dignitaries from the Kingdom of Lesotho and representatives of the South African government. The Polihali dam will be useful to both countries.

It will store part of the waters of the Orange River (Senqu) and the Khubelu River. Its concrete rockfill wall will be 165 m high with a ridge length of 921 m and a ridge width of 9 m. At its base, the slope will be 470 m wide. The dam will have a spillway with a concrete side channel spillway. The Lesotho Highlands Development Authority (LHDA) estimates that 13 million cubic metres of rock will be extracted from the dam site and compacted for backfill construction.

The construction of the Polihali Dam is part of Phase II of the Lesotho Highlands Water Supply Project. It is a programme to build several dams in Lesotho to capture the waters of the upper Orange River Basin and reverse part of its flow in order to provide South Africa, and in particular the Johannesburg region, with drinking water.

Two tunnels are under construction to supply the Polihali dam. The work is being carried out by SCLC Polihali Diversion Tunnel Joint-Venture, a joint venture formed by the Italian companies Salini Impregilo and Cooperativa Muratori Cementistri CMC di Ravenna, as well as the South African company CMI Infrastructure and LSP Construction from Lesotho.

The Polihali dam will form a reservoir on the Orange and Khubelu rivers covering an area of 5,053 hectares, with a total storage capacity of 2,325 million cubic metres. It will be supported by a saddle dam, an auxiliary reservoir built to contain the reservoir created by a primary dam, either to allow for higher water elevation and storage, or to limit the extent of a reservoir to increase its efficiency.

In this case, it will be a matter of raising a low point on the margin of the reservoir to prevent water from bypassing the Polihali dam. The saddle dam will have a height of 45 m, a crest length of 603 m and a crest width of 6.5 m.

Part of the water from the Polihali dam will be transferred to the Katse dam in South Africa via a tunnel. The Katse dam, 185 m high and 710 m wide, is currently supplied by a tunnel linking it to the Mohale dam. It is used for drinking water supply and agriculture in Gauteng Province in South Africa, in accordance with the 1986 agreements with Lesotho. Gauteng province receives an average of 780 million m³ of water per year from Lesotho. Following the commissioning of the Polihali dam in 2026, South Africa is expected to receive 1,270 million m³ of water per year.

Part of the water from the Polihali dam will also be used to generate electricity for Lesotho.