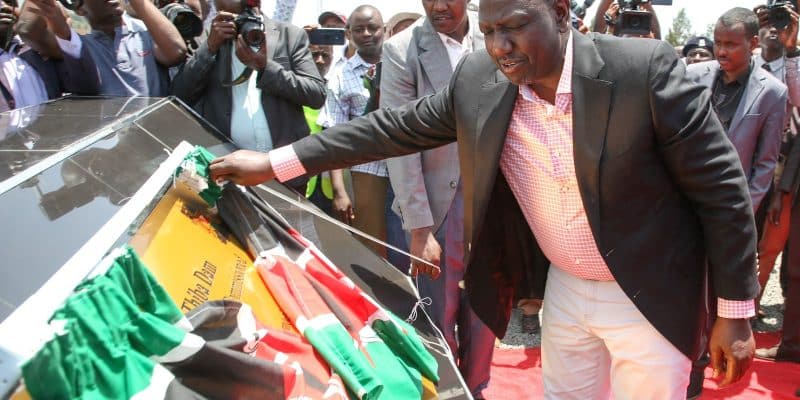 A new infrastructure is expected to improve irrigation water supply in Kirinyaga County in central Kenya. It is the Thiba Dam inaugurated on October 15, 2022 by the President of the Republic of Kenya, William Ruto. The structure is capable of holding 15 million m3 of water. The resource will be used to irrigate crops such as rice, maize and vegetables.

A total of 5,000 farming households will benefit from water through the project. The company Strabag International built the water reservoir on the Thiba River, on a site located 130 km from the Kenyan capital Nairobi. In the dam’s reservoir, Strabag installed water intakes which, through pipes, convey water to irrigation systems. The infrastructure is also equipped with a spillway that will prevent flooding during the rainy season. 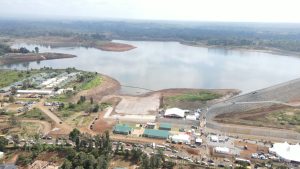 Thiba dam inaugurated©Presidency of the Republic of Kenya

The Thiba Irrigation Project is nearing completion after several twists and turns, including Strabag’s suspension of work in November 2019 due to a default in payment by the Kenyan central government. This caused a delay in the delivery of the project, which was scheduled for the end of November 2021.

The entire project required an investment of 8.2 billion Kenyan shillings, about $68 million. It is part of the Mwea Irrigation Development Project (MIDP), implemented in the Mwea Irrigation System (MIS) in Kirinyaga County. Co-funded by the Kenyan central government and the Japan International Cooperation Agency (JICA) to the tune of Kshs 19 billion, or about US$157 million, MIDP aims to rehabilitate irrigation and drainage facilities, and improve operations and management of the systems, thereby contributing to the expansion of the irrigation area, improving the livelihoods of MIS farmers and contributing to Kenya’s food self-sufficiency.