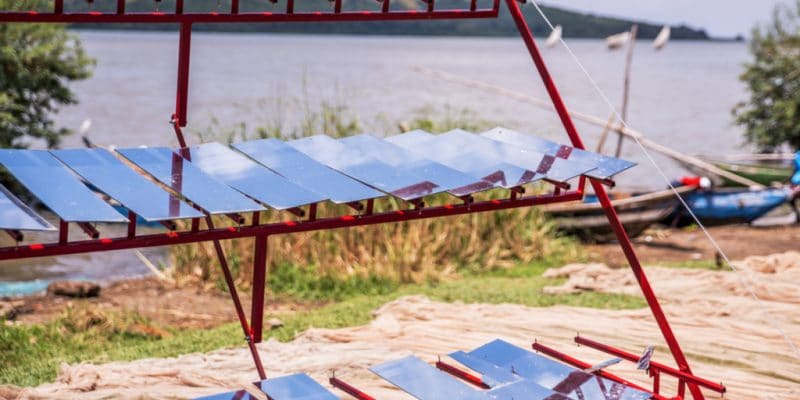 Renewvia Energy, an American company, has just completed the installation of two mini-grids on two islands on Lake Victoria in western Kenya. They will provide 10,000 people with electricity.

Finally! Residents of the Ndeda and Ringiti islands will no longer have to use kerosene for lighting or disposable batteries to listen to the radio. They will have full access to electricity and it is thanks to the American company Renewvia Energy. The Atlanta, Georgia-based company has just put two mini-grids into service that will supply at least 10,000 people with electricity. Ringiti’s small solar power plant has a capacity of 20 kW. The one in Ndeda is equipped with batteries for energy storage with a capacity of 10 kW. Its construction has been completed since June 2018, according to Renewvia.

Both plants have been equipped with a mobile payment platform that allows people on both islands to pay electricity bills without having to travel, using their mobile phones. “In the first few weeks after the power was turned on, several community members and some subscribing companies registered and paid in advance to be connected,” said Pam Onyanyo, director and chief operating officer of Renewvia in Kenya.

In 2017, the United States Trade and Development Agency (USTDA) signed an agreement with Renewvia to conduct a feasibility study on eight new mini-grids, with a total capacity of 1.5 MW in several remote areas of Kenya. The company is thinking a little bigger. It would like to install 43 mini-grids in Kenya, Tanzania, Uganda and Nigeria. It is worth noting that it is moving forward on favourable ground as in these countries, the authorities promote private investment in the energy sector.

A deployment that is not without obstacles. “It takes a long time. You have to be very patient, because very few things are predictable when you invest. We feel comfortable in our ability to manage unconventional logistics and deal with all other uncertainties,” says Trey Jarrard, President and CEO of Renewvia. According to him, his biggest target remains Nigeria. It has already begun negotiations to enter this market of more than 190 million people, more than 40% of whom have no access to electricity.