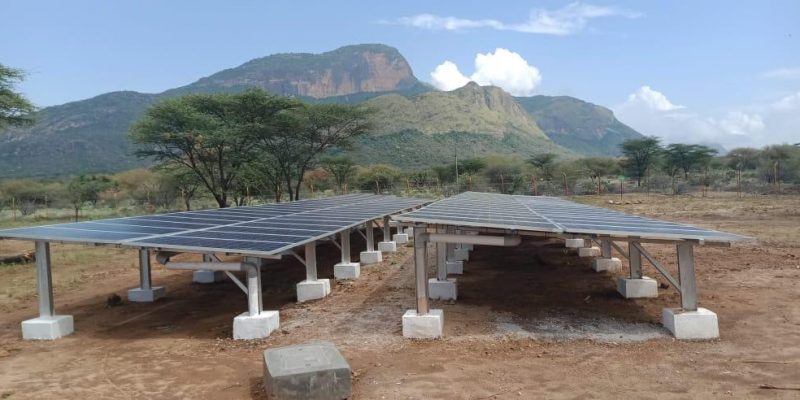 Located in northern Kenya, Turkana and Marsabit counties now have three small solar photovoltaic power plants. They were recently commissioned by the Kenyan subsidiary of Renewvia Energy, a provider of off-grid solar systems based in the state of Georgia in the United States of America. The three plants were installed in Ngurunit locality (27.6 kWp), Kalobeyei locality (20 kWp) and Kalobeyei refugee camp (60 kWp).

These facilities have battery electric storage systems of 120 kWh for the Kalobeyei refugee camp, 60 kWh for Kalobeyei locality and 144 kWh for Ngurunit locality. The three solar systems feed small grids in these three communities. In Marsabit County, Renewvia Energy built a mini-grid in Ngurunit locality. It serves 160 households as well as 25 local businesses and social institutions. In the small town of Kalobeyei in Turkana County, the mini-grid connects 100 households as well as 29 local businesses and local institutions.

Green electricity for businesses and households

Renewvia Energy has also built a mini-grid for the Kalobeyei camp, hosting refugees fleeing political instability in South Sudan. Divided into three villages and covering 15 km2, the camp is run by the United Nations High Commissioner for Refugees (UNHCR) under the aegis of the Turkana County Government. The new electricity grid installed there provides electricity to 500 households, schools, businesses and churches.

The project was also funded by the UK Department for International Development (DFID) to the tune of $630,000. “With the installation of DFID-funded mini-grids, our aim was to facilitate private sector entry into the mini-grid market in Kenya, and in particular to provide electricity in rural areas. We have been working with the Turkana and Marsabit County Governments and Renewvia to provide electricity to these three villages and we hope that the mini-grids will operate in a sustainable manner and bring the much needed positive impact to local households, small and medium sized enterprises (SMEs) and social institutions,” says Anna Ingwe, EnDev’s Kenya Director.