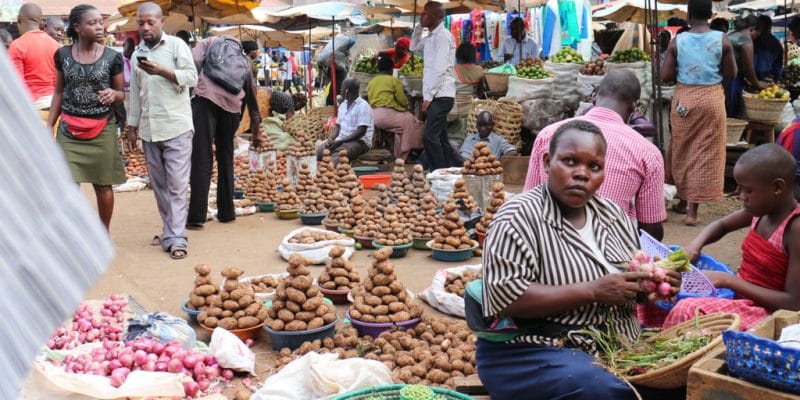 Nakuru County in western Kenya has just taken further steps to optimize waste management in the markets. A significant portion of the waste in this county is generated by markets.

The government of Nakuru County, in western Kenya, has decided to address the challenging issue of waste management in the marketplace. To this end, it is adopting new regulations that affect both Nakuru merchants and those from elsewhere. “Our study showed that more than a third of the waste on the market is used to cover fresh produce from neighbouring countries such as Uganda and Tanzania. We want traders to be responsible for their waste by bringing it back to their countries and counties,” says Kiogora Muriithi, head of the Nakuru County Environment Department.

The government will carry out at least twice a year major clean-ups in major markets. In this part of Kenya, some of the products consumed, such as bananas and fresh maize, come from countries neighbouring Kenya, such as Uganda and Tanzania. These products contribute to the production of waste on the markets. The Nakuru County Government is considering processing this waste with the help of several stakeholders.

The local government has thus begun negotiations with the merchants, and especially Egerton University, which will process the waste. “The plans are at an advanced stage that will launch a program where the amount of waste over 10 tonnes produced in the markets will be used to make organic fertilizers by experts from Egerton University,” says Kiogora Muriithi. But we will still have to wait, since “the new regulations will not be applied for a few weeks. We still need time to put the paperwork in place,” says the head of the Nakuru County Environment Department.

Another challenge to be met

Another equally important project awaits the Nakuru County government. This is the pollution of Lake Nakuru by plastics. This lake is part of a national park of the same name. According to Catherine Wambani, the park’s senior director, at least 30 to 40 tonnes of single-use plastic bottles are found in Lake Nakuru National Park every rainy season, posing a threat to wildlife and one of Kenya’s busiest parks.

There are voices at the central level, specifically at Kenya Wildlife Service (KWS), calling on the Nakuru County government to address the problem of plastic bottle pollution in the lake. “If nothing is done, the lake will end up being too toxic to current aquatic life and herbivores that often come into contact with non-biodegradable materials, resulting in their death,” says Catherine Wambani.