KENYA: How black carbon from transport accelerates pollution in Nairobi 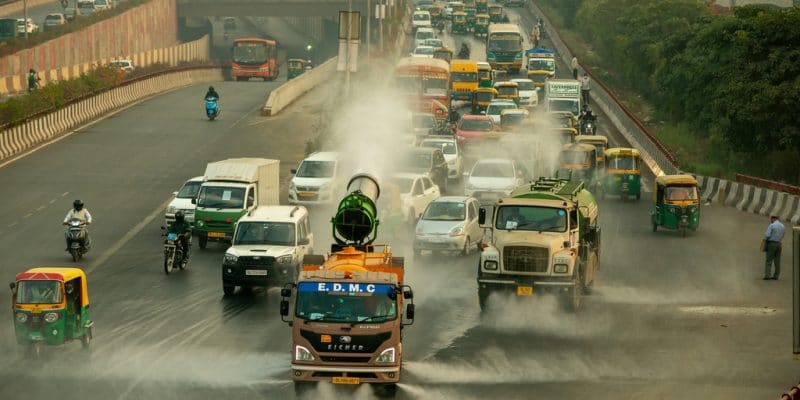 In Kenya, urbanisation and population growth are leading to an increase in air pollution with an impact on human health and the economy of this country which wants to decarbonise its transport systems. The situation has been the subject of a study recently published by a group of Swedish-Kenyan researchers.

Black carbon from road traffic in Kenya is degrading the air quality in most major cities, including the capital Nairobi. Many of its 4 million inhabitants rely on petrol or diesel transport, a major source of pollution. This is the finding of a study conducted by a group of Swedish-Kenyan researchers.

The report, which focuses on black carbon, was jointly produced by Michael Gatari of the Institute of Nuclear Science and Technology at the College of Architecture and Engineering, University of Nairobi, in partnership with Leonard Kirago, August Andersson and Örjan Gustafsson of the Department of Environmental Sciences and the Bolin Centre for Climate Research at Stockholm University in Sweden.

Impacts on health and the environment

Also known as “sooty carbon”, black carbon is an air pollutant emitted during combustion reactions such as tyre wear on roads. According to health experts, it is harmful to the eyes and respiratory tract, as it generally causes coughing, phlegm and chronic bronchitis when exposed to high concentrations. It is also the cause of several cancers and dermatological problems due to the encrustation of particles in the skin. Black carbon, which acts in synergy with other pollutants such as tropospheric ozone, is considered to be second only to carbon dioxide (CO2) in causing global warming.

Developed countries such as the United States of America and France have been reducing their black carbon emissions since the 1950s by adopting pollution control measures, unlike most developing countries in Asia, Latin America and Africa. In this regard, Kenya aims to mobilise Sh6.2 trillion ($55 billion) over the next few years for climate change mitigation and adaptation to reduce greenhouse gas (GHG) emissions by 32%. However, sustainable mobility is increasingly emerging as an alternative to transport modes using combustion vehicles.

The expansion of green mobility

Kenya has pledged to move away from combustion engine transport vehicles to reduce air pollution in its major cities. The East African country, which is banking on the development of new technologies, is already a leader in the field of renewable energy, which makes up 80% of its electricity mix, according to the African Development Bank (AfDB). Numerous start-ups specialising in e-mobility have set up in Kenya in order to develop green mobility, such as Drive Electric which, in addition to renting electric vehicles, offers services for installing recharging stations.

Read also- KENYA: NopeaRide to charge its electric cabs via solar at SU in Nairobi

NopeaRide is also following the same logic by putting electric vehicles with drivers on the transport market. As for the start-up BasiGo, launched in 2017 by Jit Bhattacharya, it assembles K6s, a model of electric buses supplied by the Chinese manufacturer BYD Automotive. The first buses in this range were put on the road in the capital Nairobi in early 2022. For its part, Opibus has joined forces with the American giant Uber to put 3,000 electric motorbikes on the road before 2023.