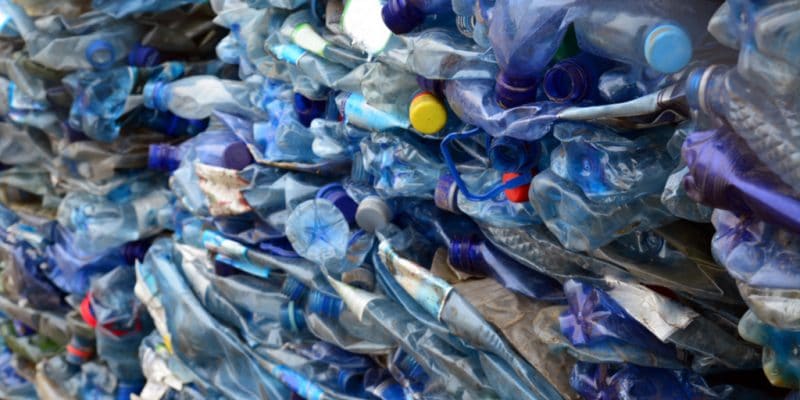 Before he started recycling plastic waste, Francis Muriithi collected scrap metal for resale in Karatina, a town in central Kenya. Now that he has converted, he melts recovered plastic to make ventilation blocks and poles useful in the construction sector.

Francis Muriithi initially seeks a means of survival in Karatina, a town in Nyari County in central Kenya. In this part of the country, poverty affects many people. Francis Muriithi partners with a group of people to improve the cleanliness of the city. Their job consists in collecting garbage in the houses… In exchange, the owners must pay a substantial sum. It’s hard to keep up because many landlords are reluctant to pay garbage collectors.

Finally, the band split, but Francis Muriithi, determined, remained in the business and now directs his work towards collecting scrap metal for resale. It is by carrying out this activity that he realises in the street, that there is more plastic waste than pieces of scrap metal. He decides to exploit this very neglected resource.

From the beginning, he found out that in Karatina, it is impossible to resell plastic waste for recycling. That is why he decided to sell his products in Nairobi, the capital of Kenya. On site, one ton of plastic waste sells for 5,000 shillings, or 42 euros more. But this sum is much lower than that of scrap metal, which is between 20,000 and 30,000 shillings (more than 255 euros).

And the transport of plastic remains very complicated, in particular because of the volume. A truck can only transport 2 tons per trip against 12 tons for iron. It is this difficulty that leads him to seek to recycle his waste himself. “I usually light a wood fire and melt the plastics in a large metal drum, I add sand and metal salts, then I pour the boiling liquid into the mould that I let it dry for about three days,” explains Francis Muriithi.

Today, Francis employs 4 people in the city of Karatina who are capable of producing 500 ventilation blocks per day. They also manufacture poles for the construction industry.

From the outset, Francis Muriithi faced marketing difficulties, as many people were reluctant to use ventilation blocks and poles made from recycled plastic waste. It was therefore necessary to convince potential customers of the advantages of building materials made from plastic waste. But over time, its products are becoming more and more popular. Francis Muriithi sells his ventilation blocks to hardware stores in his town (a pole costs 600 shillings, more than 5 euros).

Its action is part of a general movement in favour of the plastic waste recycling market in Kenya, in all its forms. As for Alternative Energy System, which we reported to our readers three weeks ago, it uses this material to make diesel.