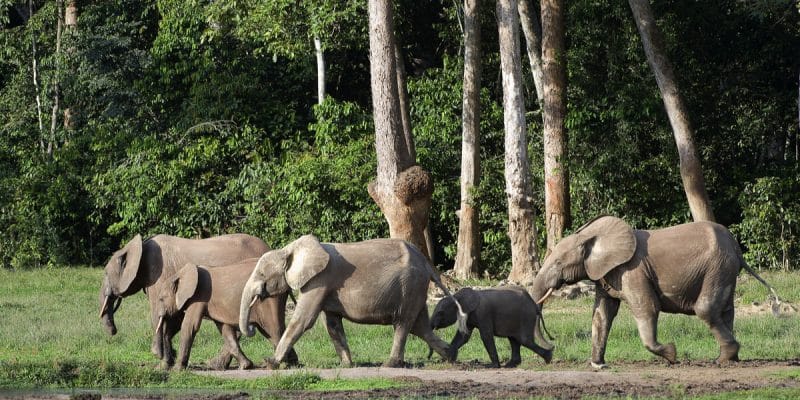 Covid-19 has had a positive effect on elephant conservation in Kenya. Results of the wildlife census conducted by the Kenya Wildlife Research and Training Institute (KWRI) show that the pachyderm population has now reached 36,280 individuals, with up to 200 babies born in 2020.

The population of elephants living in Kenya experienced a baby boom in 2020, marked by the birth of just over 200 individuals. This is according to the wildlife census conducted by the Kenya Wildlife Research and Training Institute (KWRI). According to the document, the pachyderm population now stands at 36,280 individuals. This represents a 12% increase from 2014, which had been marked by an increase in poaching. Between 2012 and 2014, numbers had fallen from 35,588 elephants to 32,214. That same year, the East African country had mourned the death of Satao, a famous long-tusked male of about 50 years old killed by a poisoned dart.

For Kenyan authorities, this demographic improvement in elephants is a “Covid-19 gift”. Restrictions due to the pandemic have led to a decrease in park visitation, poaching and interaction between elephants and tourists. “This is a real ray of hope for all those who struggle every day to conserve this iconic species of the African continent, which has gone through many difficult times,” says Najib Balala, the cabinet secretary for tourism and wildlife.

Adopting” elephants as a means of conservation

To capitalize on the elephant baby boom and strengthen Kenya’s commitment to wildlife conservation, Magical Kenya and the Kenya Wildlife Service have launched an initiative. The initiative allows companies or individuals to name one of the 200 new elephants born in the year 2020 by making a donation. This concept is called “adoption” of animals. For conservation reasons, donors are not allowed to take the “adopted” young elephants home as in a traditional adoption. However, they will receive weekly updates on the health of their elephant and will be able to follow its progress in its home park.

Read also- KENYA: when elephants and avocados fight over the Rift Valley

The African Wildlife Foundation (AWF, an international conservation organization focused exclusively on Africa’s wildlife and wild lands) was one of the first organizations to give a symbolic name to one of the Kenyan elephants with a donation of 4,300 euros.